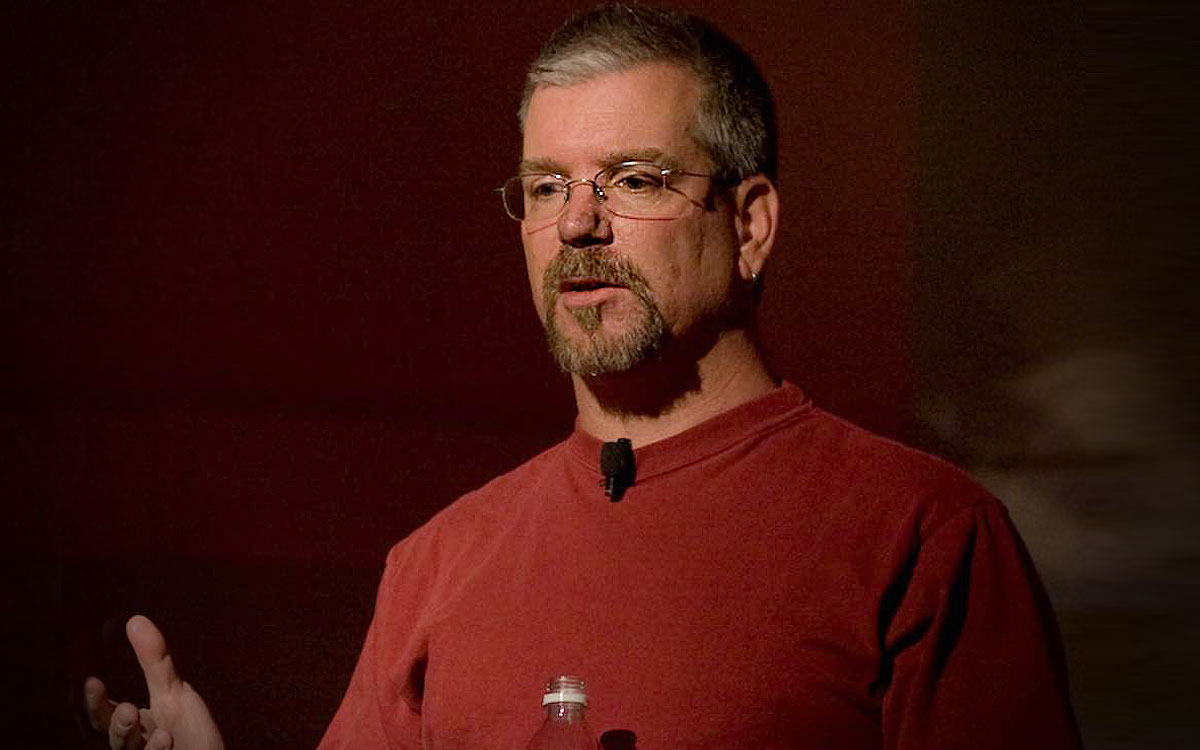 GigaOM’s Mathew Ingram is well-respected not just for his reasoned take on tech, but for his formidable output. How does the father of three stay so prolific? By doing his job: monitoring the internet.

One of the first reporters to make the switch from print to digital, Ingram spends plenty of time online, writing, tweeting and occasionally feuding with strangers. Strongly opinionated, the columnist is most concerned about the future of media and technology—hence “Media Past and Future,” a Flipboard magazine curated by Ingram on that very topic.

Curious to learn his sources, we asked: what are you reading?

I think I probably have a different way of using Flipboard than most people, in that I don’t really use it to read specific news sites—instead, my sources are kind of a mix of curation by Flipboard, via the Cover Stories and Daily Edition features, and feeds that I pull into Flipboard from a variety of places. So I have my RSS feeds that I imported from Google Reader, and I also have lists that I’ve created within Twitter, one for media-related news and one for tech-related news. Each list has several hundred users in it who share links to content that might be relevant to what I’m writing about or give me ideas for future stories. 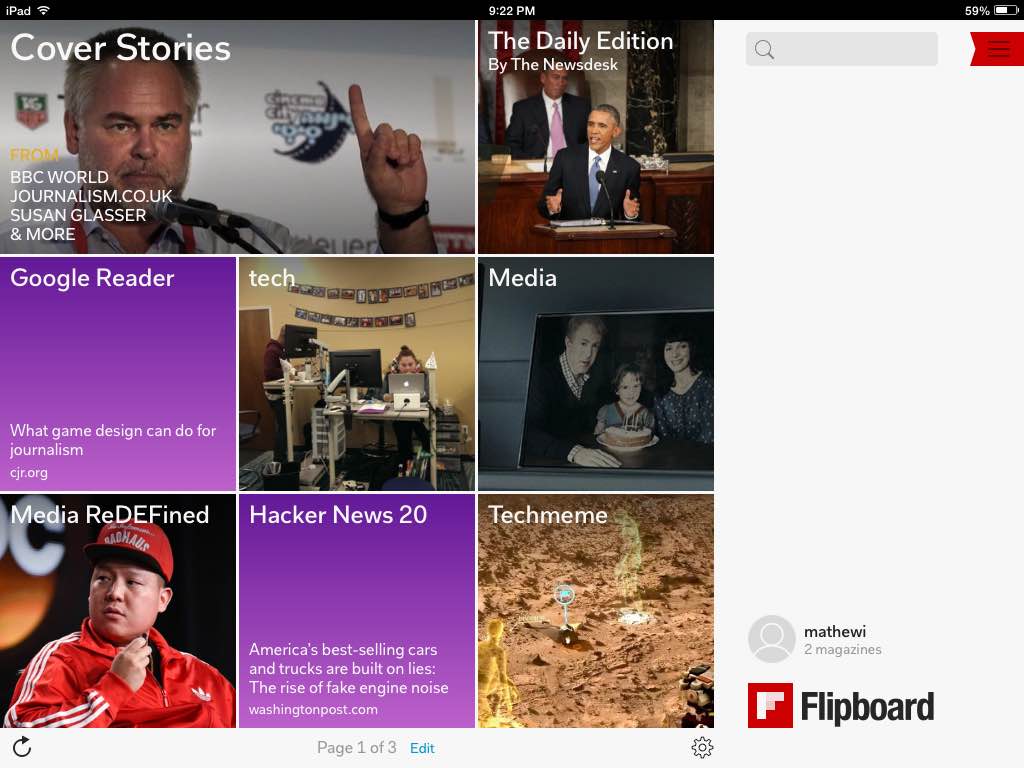 I also have a feed that comes from Techmeme and one from Mediagazer, both of which are aggregators run by founder Gabe Rivera. They’re a quick way of scanning through what people are talking about or linking to that might be important. And I have a feed from another aggregator I read a lot, the MediaReDEF list from Jason Hirschhorn, which is a great collection of media-related articles from a wide variety of sources. I also have a feed that comes from Hacker News, the tech-focused discussion forum run by Y Combinator. 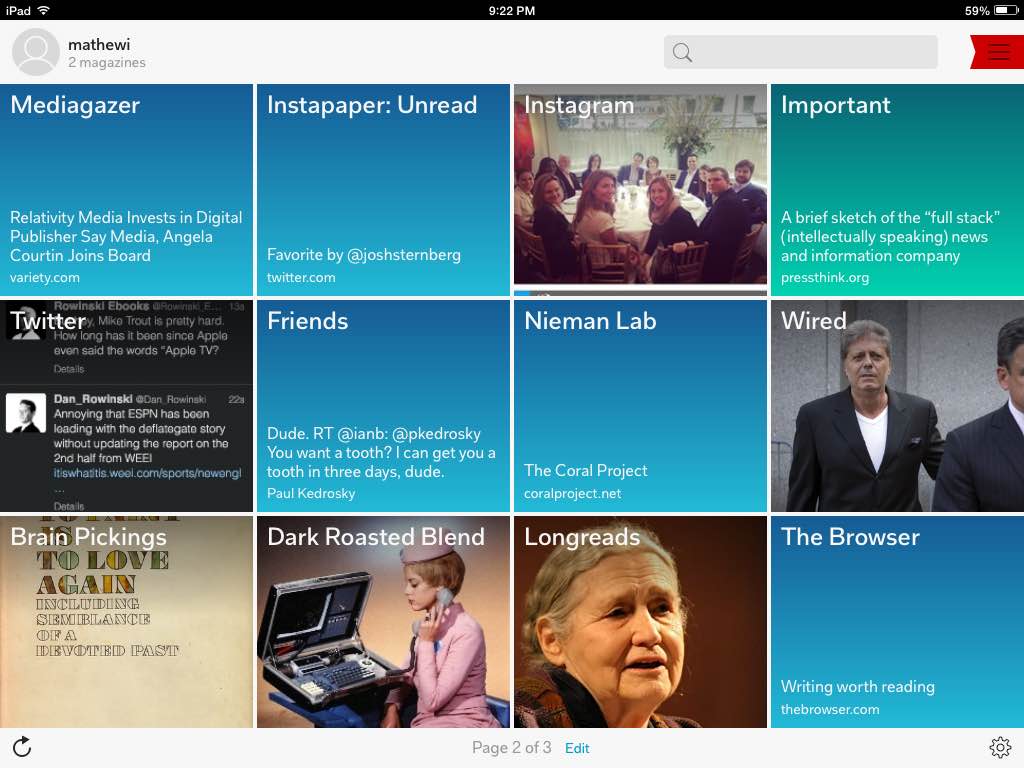 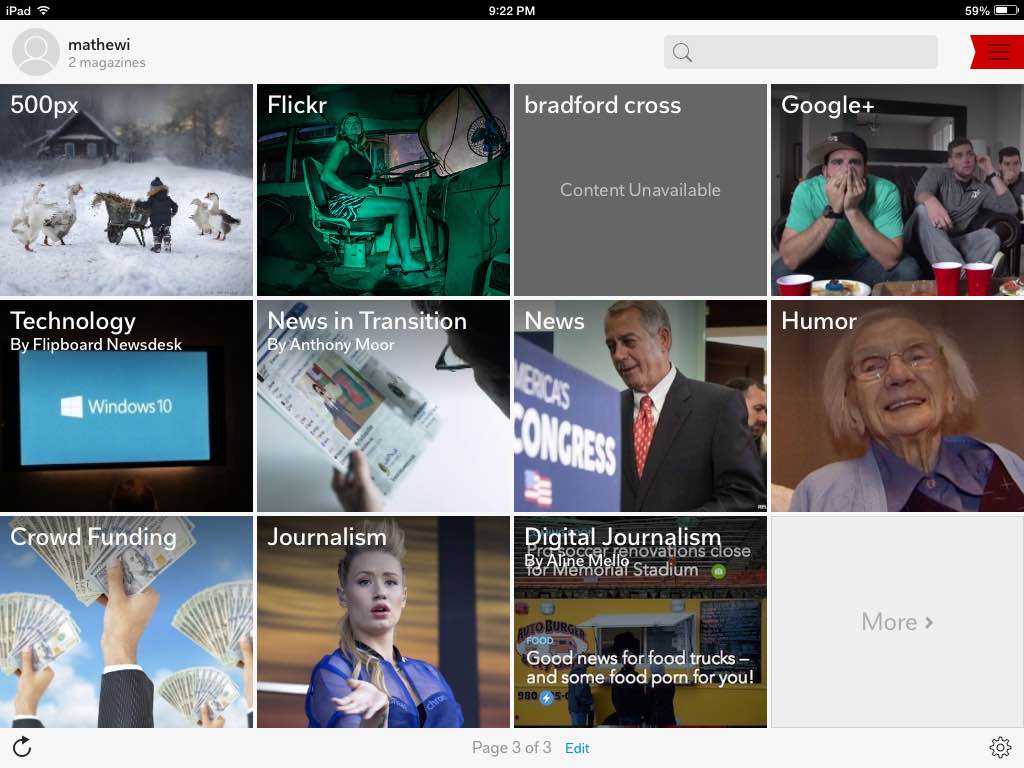 In addition to those, I have a list of friends I follow on Twitter and a list of important industry professionals I created. I also use Instapaper to save articles that I come across—I pull a feed of unread items from it into Flipboard because it’s a more appealing way to browse through them than on Instapaper itself. It’s easy to add them from there to the media-related magazine I curate on Flipboard, “Media Past and Future.” 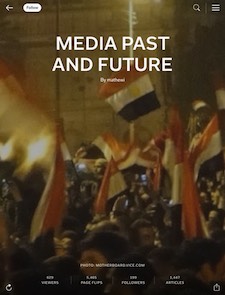 Although I do have some sites I go to directly through Flipboard, like the Nieman Journalism Lab and Wired, the majority of my sources are aggregators of some kind, including Brain Pickings from Maria Popova, Dark Roasted Blend and The Browser. I guess I have just gotten used to getting my news and information from as wide a variety of sources as possible, and Flipboard makes it easy to do that.