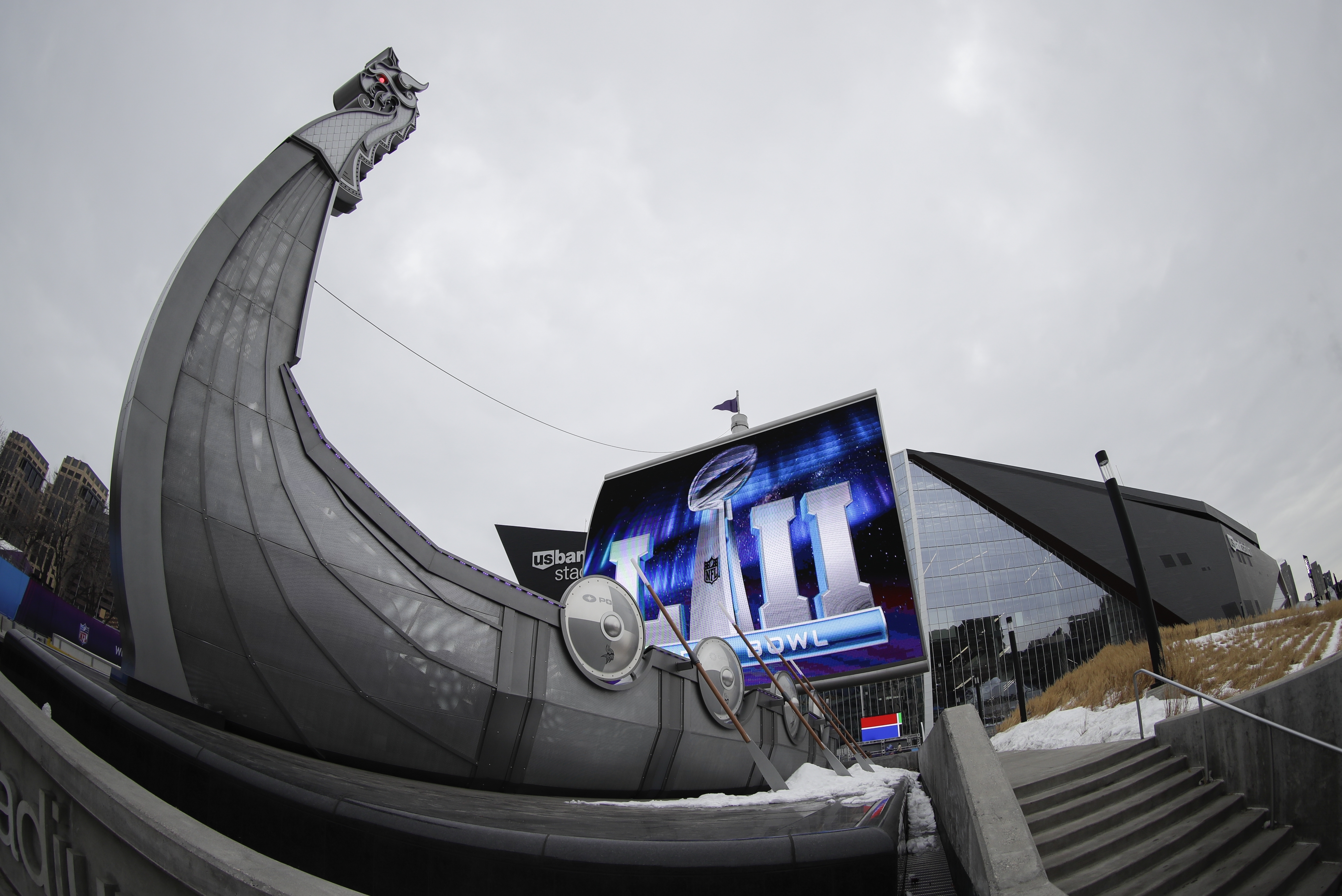 Super Bowl LII is a rematch of the game that was played in Jacksonville in 2005 between the New England Patriots and the Philadelphia Eagles, won by the Pats, 24-21. This year’s game, hosted by Minneapolis, will be the Patriots’ 10th appearance in the Super Bowl—the most by any team in NFL history, and the eighth involving the dynamic duo of quarterback Tom Brady and head coach Bill Belichick.

The Eagles, who coincidentally defeated the Minnesota Vikings and the Atlanta Falcons on the road to both the 2005 and 2018 Super Bowls, are led by a backup quarterback, Nick Foles, and a ferocious defense. Foles replaced Carson Wentz in December after Wentz, who was a candidate for the league’s most valuable player, went down with a serious knee injury. As a result, the Eagles have embraced the underdog role for the past month and their fans have dressed up at games wearing dog masks.

For the Patriots, this game represents another opportunity to solidify their ever-growing dynasty. With a victory, they will tie the Pittsburgh Steelers for most Super Bowl victories, at six. But the path to Minneapolis was nearly derailed in the AFC Championship game against the upstart Jacksonville Jaguars. Down by 10 points in the fourth quarter, Tom Brady shook off a hand injury and threw a four-yard touchdown pass to Danny Amendola with 2.48 remaining, rallying the Patriots to a 24-20 comeback victory. 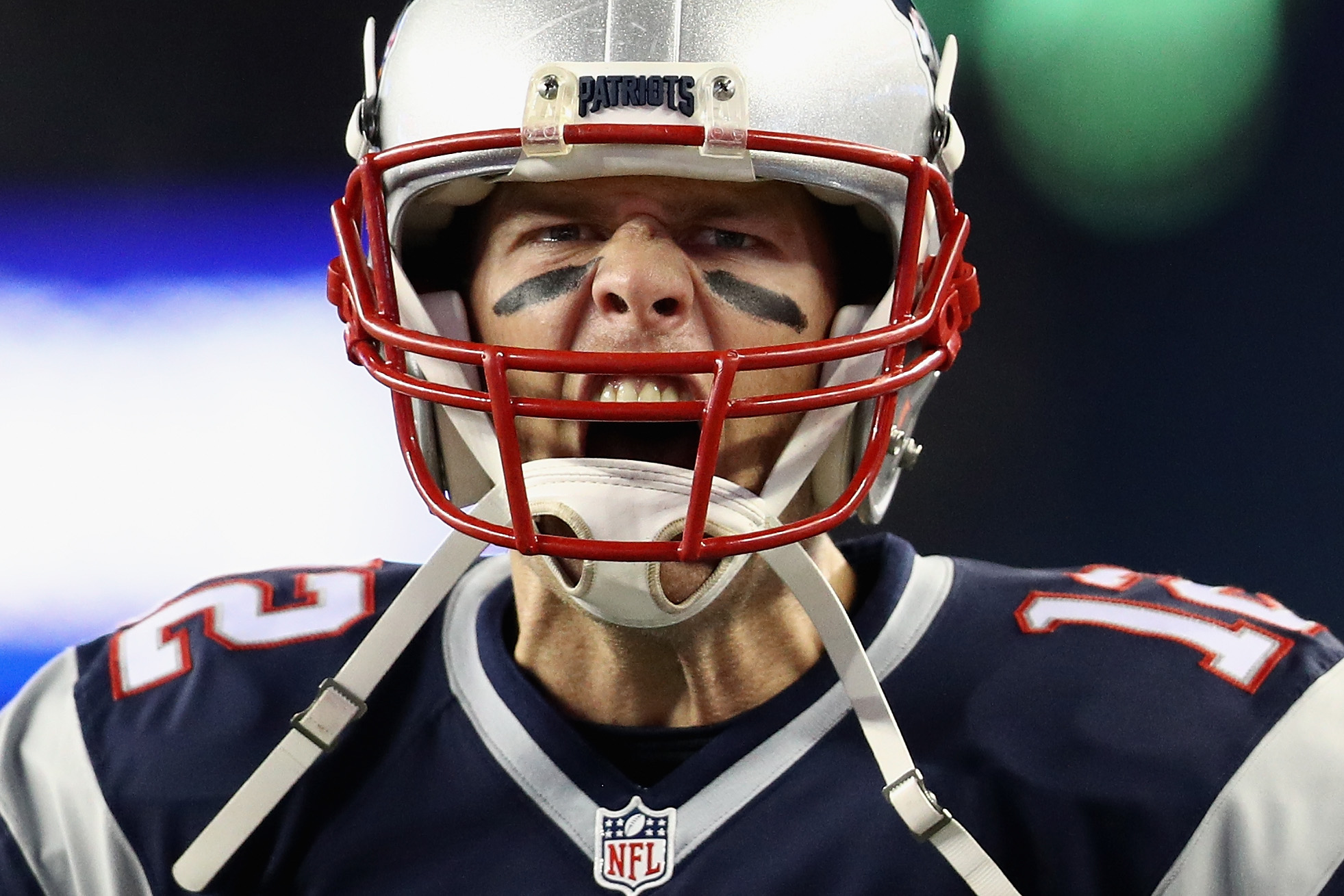 FOXBORO, MA – DECEMBER 12: Tom Brady #12 of the New England Patriots reacts as he runs on the field prior to the game against the Baltimore Ravens at Gillette Stadium on December 12, 2016 in Foxboro, Massachusetts. (Photo by Maddie Meyer/Getty Images)

The Eagles pounded the favored Minnesota Vikings, 38-7, in the NFC title game, thus preventing the Vikings from becoming the first team to host a Super Bowl. Every point the Eagles attained was generated by a player who wasn’t on their roster last season—a startling turnaround by a team that went 7-9 in 2016 and didn’t qualify for the playoffs.

One of Brady’s favorite receivers, all-pro tight end Rob Gronkowski has been cleared to play after suffering a concussion during the game against the Jaguars. He will be an invaluable weapon for Brady as he dissects the Eagles swarming defense.

This year’s Super Bowl halftime show marks the return of Justin Timberlake. The last time he performed, he was involved in the infamous wardrobe malfunction seen ‘round the world with Janet Jackson. Three-time Grammy Award winner Pink will be singing the “Star Spangled Banner” before the game. The national anthem was a polarizing factor during this NFL season as many players took a knee in support of Colin Kaepernick and the Black Lives Matter movement.

If you are unable to attend the game, and planning a Super Bowl party, try some new recipes. Or just stick with the old standbys: wings and guacamole.

Lastly, the ads that air during the game will be the talk of the town the next morning. Adweek will review and analyze all the commercials before, during and after the broadcast, collected in a special Flipboard Magazine.

Enjoy the game and follow all the action in our Super Bowl LII Flipboard Magazine.