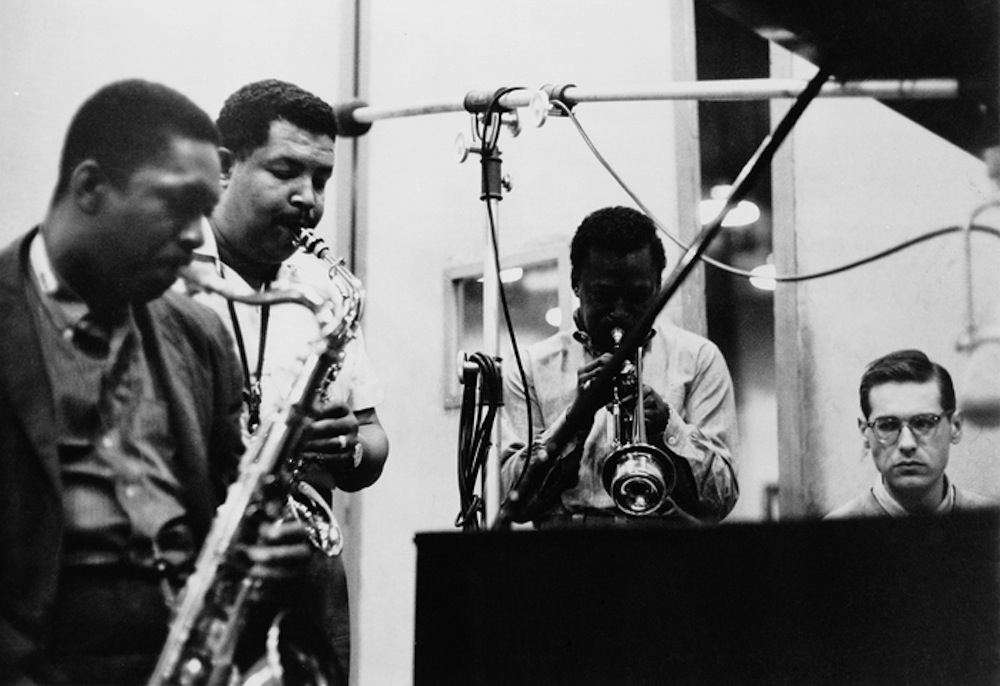 The late 1950s and early 1960s were a Golden Age for jazz; a time when a new generation of immensely talented musicians fused avant grade experimentation with instrumental virtuosity to create a smoky, late-night sound that more or less defines our contemporary sense of what jazz — and cool — are all about.

Jo Dejonckheere goes by the handle JoDejonckheere on Flipboard, and he’s curated a set of magazines devoted to three giants from the Cool Jazz era.

Trumpetist Miles Davis remains the most well-known player from the period, and the sound of his “Kind of Blue” album remains as fresh and inspiring today as it did on the day in 1959 when it was released: 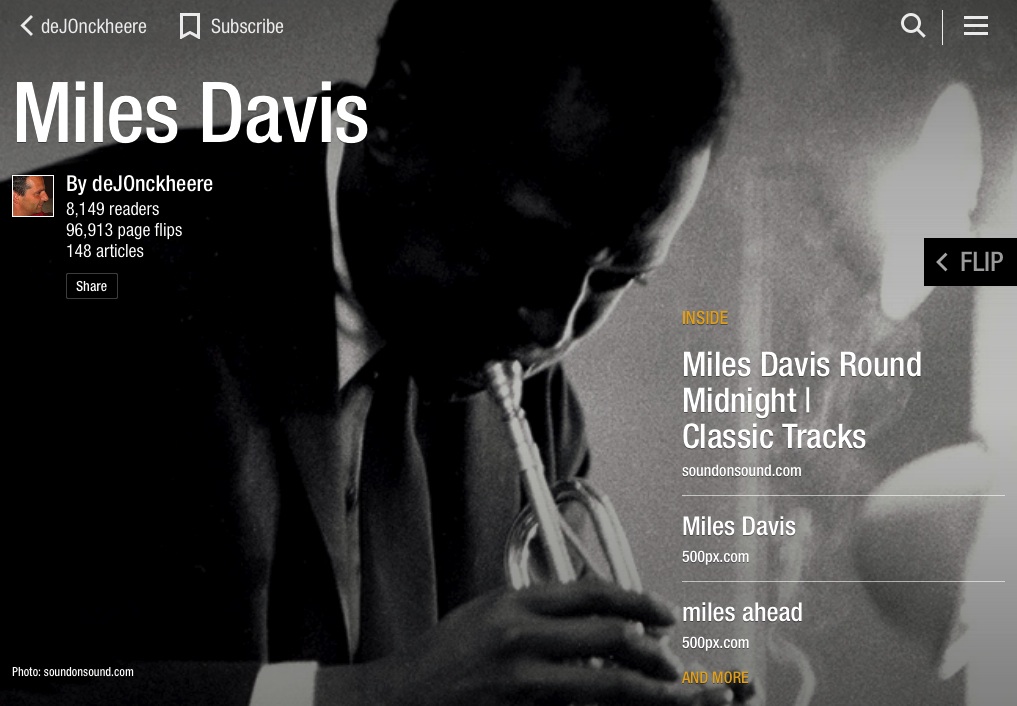 Saxaphonist John Coltrane began his career playing with Miles Davis, but by 1960 he had set out on his own to pursue a creative direction defined by increasing abstraction and overtly spiritual themes: 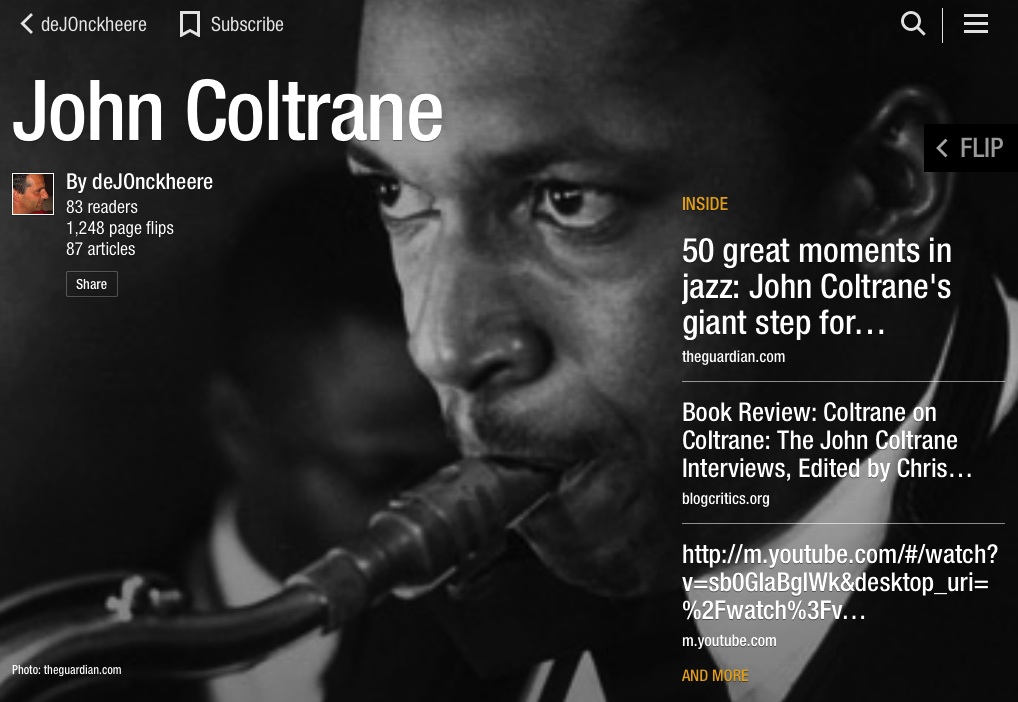 Bassist Charles Mingus embraced similar musical motifs as Davis and Coltrane, while also emphasizing his talents as a composer and band leader: 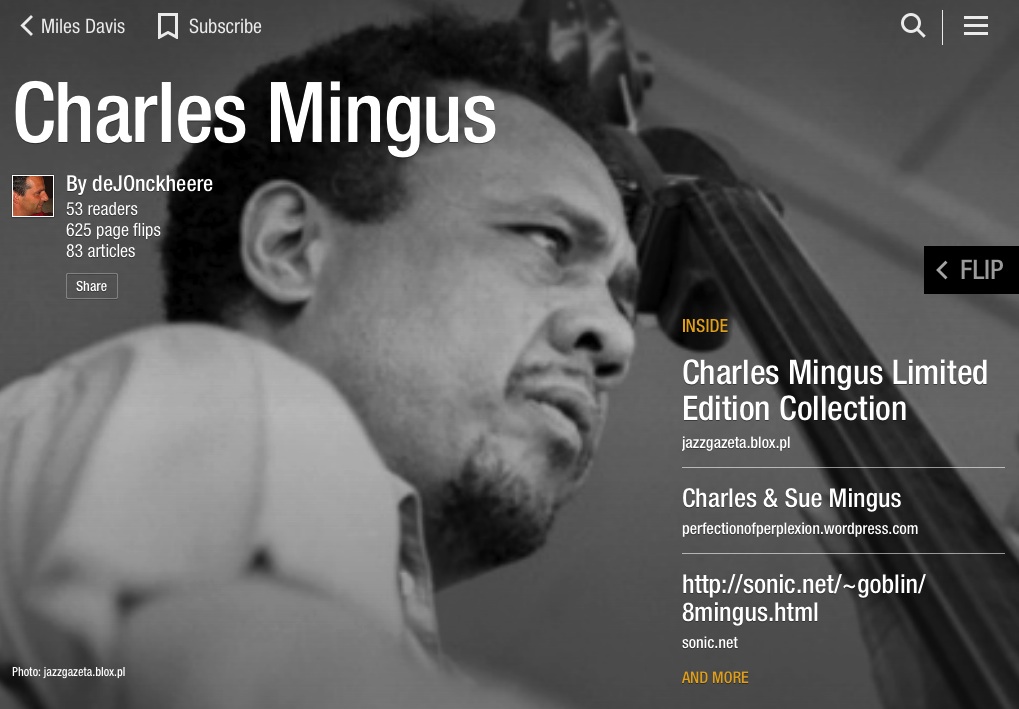 Click the covers of the magazines shown above to start reading, and let the cool carry you away.