All the President’s Tweets

There he tweets again: Donald John Trump, the president of the United States of America, crazily boasting, bullying, slandering and threatening violence against his enemies.

Of course, lots of trolls do this on Twitter, occasionally crossing the line and causing the company to boot them from the service for violating its Terms of Service (ToS). Some very smart people, whom I respect, have said in recent days that Twitter should pull the plug on Trump—especially after last week’s infamous my-nuclear-button-is-bigger-than-yours tweet. That was a sequel to one in September, when the president said he’d listened to a recent declaration by the Foreign Minister of North Korea, and “if he echoes [the] thoughts of Little Rocket Man, they won’t be around much longer!”

His latest tweets this morning,  calling for the firing of an ABC reporter and whinging about how his “two greatest assets have been mental stability and being, like, really smart,” would have been perfectly accompanied by the sound of a cuckoo clock. Though to be fair, by Trumpian standards, the tweets were “funny”—not blood chilling.

The usual argument in favor of clipping the president’s wings is that he’s not just threatening violence, he’s threatening nuclear annihilation, which is the mother of all violence on this planet. So, yes: This would appear to be a clear violation of Twitter’s ToS. And go ahead and sign the online petition calling for Twitter to boot him, I’ll wait—but I won’t join you.

I think it’s really important that we maintain open channels to our leaders, whether we like what they’re saying or not. I don’t know of another way to hold them accountable. Jack Dorsey, CEO of Twitter, in an interview with WIRED writer Steven Levy, in April 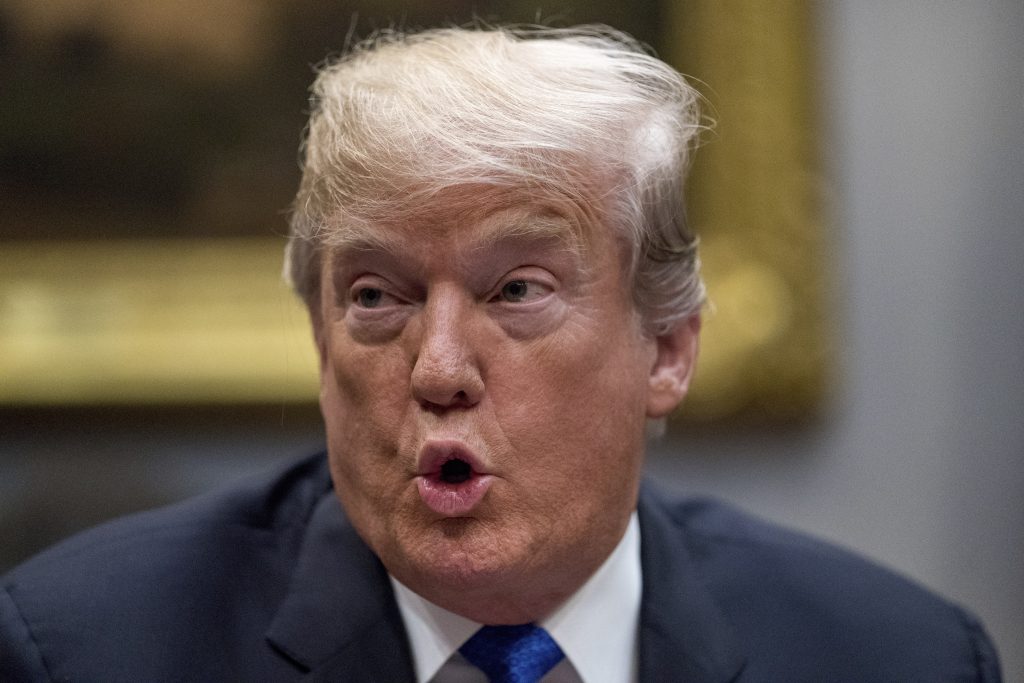 On the other side of the debate table, where I sit, the argument is that muzzling Trump is a bad idea. (Though, I have one reservation about my own position, which I will get to further down.)

Both sides point to Twitter’s own rules of engagement, which are vague—probably purposely so, to give the relatively new platform wiggle room as it figures out what it really thinks. As The New York Times noted in a comprehensive story last week, the president seems to run afoul of Twitter’s injunction against “specific threats of violence or wishing for serious physical harm, death, or disease to an individual or group of people.” I’m sure Kim Jong Un—not to mention any of his citizens who were privy to the Trump tweets, as well as the people of South Korea and even the Chinese—felt threatened by this correspondence. In fact, a great many of us snowflakes in the United States were alarmed by the the vitriolic tweets as well.

But Twitter, which issued a statement Friday clarifying its Trump and tweets position, has a special loophole that covers utterances like this. As president, Trump’s every word is by definition “newsworthy” and “of public interest,” and, as such, constitutes an exception to the usual ToS. “Blocking a world leader from Twitter or removing their controversial tweets, would hide important information people should be able to see and debate,” the Twitter statement said. “It would also not silence that leader, but it would certainly hamper necessary discussion around their words and actions.”

That apparent double standard—the president can tweet what he wants but a troll can’t—is a familiar and necessary part of journalism. If you make a speech on your front porch with your underpants on your head, it might not be news. But if the president did, yeah, we’d all like to see that. (Maybe not “see,” exactly.)

And there’s the rub. Though he was not the first president to use Twitter, Trump was the first to weaponize it by accomplishing two things simultaneously: 1) His tweets trigger liberals, riling them up every single day, and 2) Both Fox and CNN (among many others) routinely broadcast all his tweets—because the tweets are newsworthy and of public interest. Whether the voters who supported him use Twitter doesn’t matter; the message still reaches them—and is filtered in exactly the way his base wants to hear it. In other words, he figured out how to exploit the very exception that Twitter created, to devastating effect.

Brilliant. And yet, while Trump is gaslighting lefties and giving his partisans cheer, he’s also cobbling together his own gallows. With every one of his tweets, the president creates an immutable record of his unvarnished self. Would anyone be surprised if some of those tweets came back to sink him in the Mueller investigation?

Already, his online rants have undermined his policy agenda and alienated potential allies on several occasions, and if you think they’re winning over the public, just look at his approval rating. Will Oremus, writing in Slate

Last week, Politico reported that in December more than a dozen senators, including a Republican, invited a Yale University psychiatry professor to discuss the president’s mental health. “He’s going to unravel, and we are seeing the signs,” Dr. Brandy X. Lee reportedly told the lawmakers, during two days of private meetings. “We feel that the rush of tweeting is an indication of his falling apart under stress. Trump is going to get worse and will become uncontainable with the pressures of the presidency.”

The 25th Amendment allows the vice president and a majority of the Cabinet to remove the president from office if he’s deemed mentally (or physically) unfit to hold the office.

It’s ugly to watch, but all the president’s tweets are critical for the public to see. They’re like a written record of his thought processes.

As I said at the outset, though, there’s one thing that causes me to second guess myself, and that’s this: If the president is unraveling, is giving him the provocative platform of Twitter even more irresponsible than giving an automatic weapon to a madman? What if his lacerating tweets push the son of the Eternal Bosom of Hot Love into making a move and starting World War 3? It would be horrible if high-falutin’ ToS arguments about newsworthiness led to Armageddon.

In August, Slate offered a modest proposal to head off that disaster scenario and argued for Twitter to impose the equivalent of a 30-second delay on the president’s tweets. That would give someone there—Dorsey?—a chance to block a Trump tweet if he gets even more wacko.

That might save us. But, my God, what a massive responsibility for any social media platform to undertake. 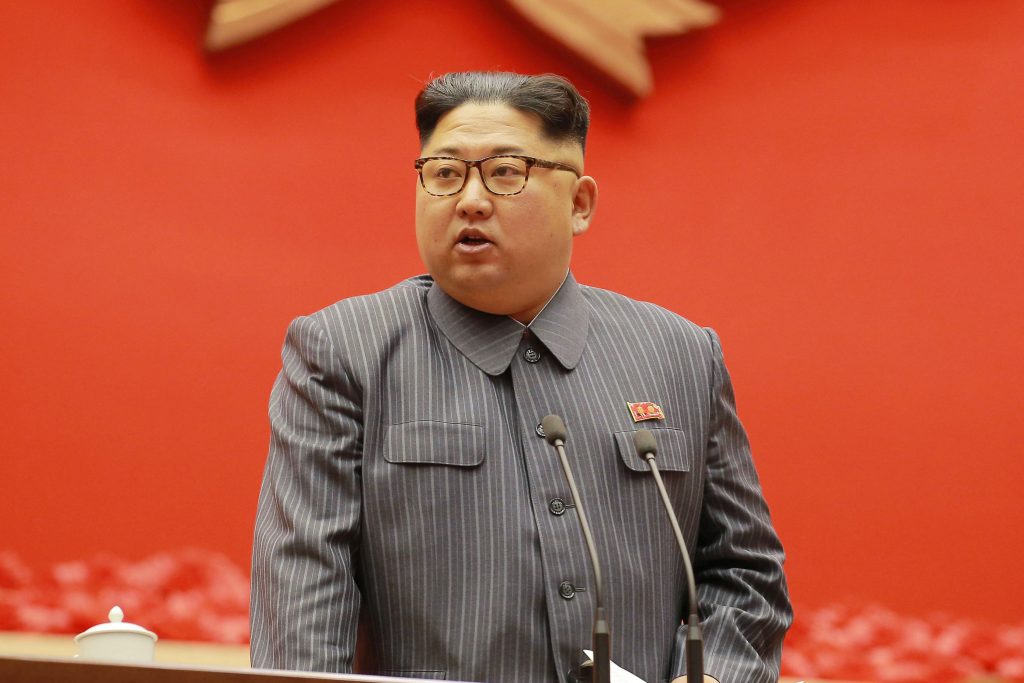 Rocket Man: Is Kim Jong Un “not the man they think I am at home…?” Let’s hope we don’t find out. (AFP/Getty Images)

You’ve probably heard by now about the bug that affects virtually “every modern processor,” as Ars Technica put it. The flaw, which affects chips made by Intel and others, creates vulnerabilities for bad guys to exploit—though that has yet to happen. And, yes, it affects you if you have virtually any mobile phone or computer—PC or Apple. Software companies from Google and Microsoft on down are racing to fix the problem. Here’s Axios with what you need to know…My friends in Silicon Valley are abuzz about the new season of Black Mirror, which dropped on Netflix. “Hang the DJ” is by far the best episode, IMO…Apple Music chief Jimmy Iovine is leaving the company when his stock vests in August…And who’s going to CES this week? Happily, not me—but I will be following along via this fine Flipboard Magazine from our own News Desk, as well as this one from our friends at CNET.