Why “ICO” is becoming a bad word—and what’s next

Techland’s appetite—and corresponding press coverage—has been increasing since the spring, when ICOs first became a thing. “Forget an IPO,” the Wall Street Journal advises, “Coin Offerings Are New Road to Startup Riches.” The New York Times points out that despite warnings from the Securities and Exchange Commission, ICOs are more popular than ever. (And TechCrunch digs into just what those regulatory risk are.) Not to be outdone, Fortune looks at how venture capitalists are being disrupted by ICOs—and launches an all-crypto-all-the-time site called The Ledger).

Beyond the press, more than 60 major conferences dedicated to crypto and ICOs are scheduled between now and the end of the year; if you count smaller get-togethers, there are almost that many in the Bay Area alone. And check out all the celebrities lending their names to new token offerings this month, including Paris Hilton, Floyd Mayweather and The Game.

I indeed think that we are in a bubble because all the cryptocurrencies are rising and people have a feeling that they will always continue to rise…This market is still young and people still don’t know how to differentiate between projects that will exist in the long term and those that won’t. Ethereum founder Vitalik Buterin

Can we please declare peak bubble? 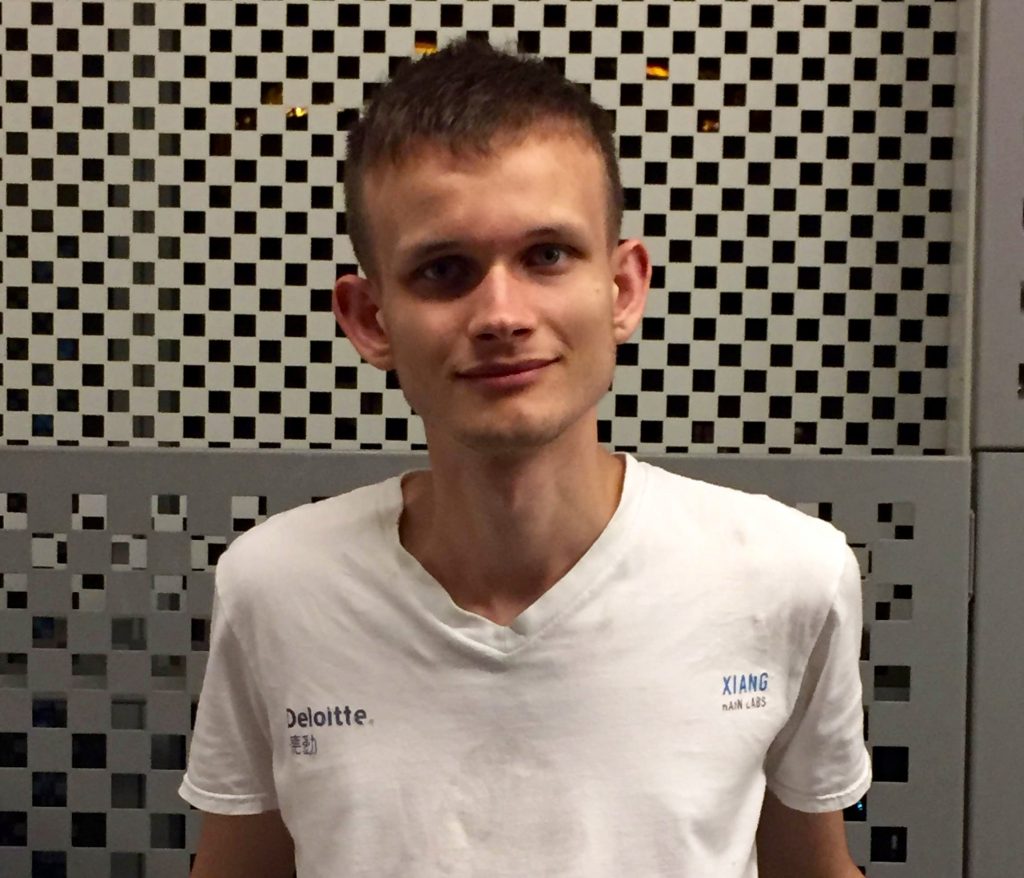 Yes, we can—not that there’s anything wrong with bubbles if you’re on the right side of one. Some people are making fortunes, while others are losing their Spanx. In fact, if you substitute “Initial Coin Offering” for “Initial Public Offering,” we’re pretty much seeing another of History’s wry repeats.

Remember when the dotcom bubble was bigger than Bazooka Joe’s head? In 1997, WIRED was predicting a “Long Boom” and said that maybe there was no end in sight to the new Internet-fueled era of prosperity.

Twenty years ago, day trading was the great, new American pastime. Televisions had popped up everywhere, from buses to warehouses, all of them tuned to the financial news and reports on the day’s newest crop of IPOs. Main Street America had no idea what these dotcom companies were doing; all they had to do was buy shares in a new IPO and count their money.

It did not end well.

The same thing appears to be true of ICOs today. If you want to make—and lose—money fast, cybercurrency speculation and “investing” in ICOs is as good a way to do it as putting your money in the IPOs of yesteryear. As of this writing, there are nearly three dozen ICOs underway, with countless others on the horizon.

Against this backdrop, the SEC, which regulates securities, has been hovering, trying to get a handle on the situation. While that federal agency hasn’t forbidden the new issuance of token-based companies, as China did earlier this month, it’s trying to figure out rules that would protect investors from scams.

Naturally, the crypto industry (which welcomes regulation, up to a point) isn’t standing around waiting for new rule making and is trying to get ahead of the problem. Among other things, it’s begun a rebranding effort of sorts that goes something like this:

A “TGE” is a “token-generating event,” which is what happens when a startup issues new currency. (Good explainer here.) How does a TGE differ from an ICO? For starters, ICO sounds like IPO, and IPOs involve issuing stock, which is very much a security and a red flag to regulators. Industry lawyers point out that a good many token offerings really and truly are not securities.

Take for instance a company that’s financed via “utility tokens,” meaning the coin can be redeemed for a good or service on the issuing platform. Whether people actually redeem the tokens for services, or hoard them in the expectation that the platform will become more valuable over time—and hence the coin will increase in value—is unknown to the company issuing the token. In this way, crypto people will tell you, utility tokens are like condominiums—when someone buys a condo, they might live in it, or flip it. Regardless, it’s not considered or regulated as a security. 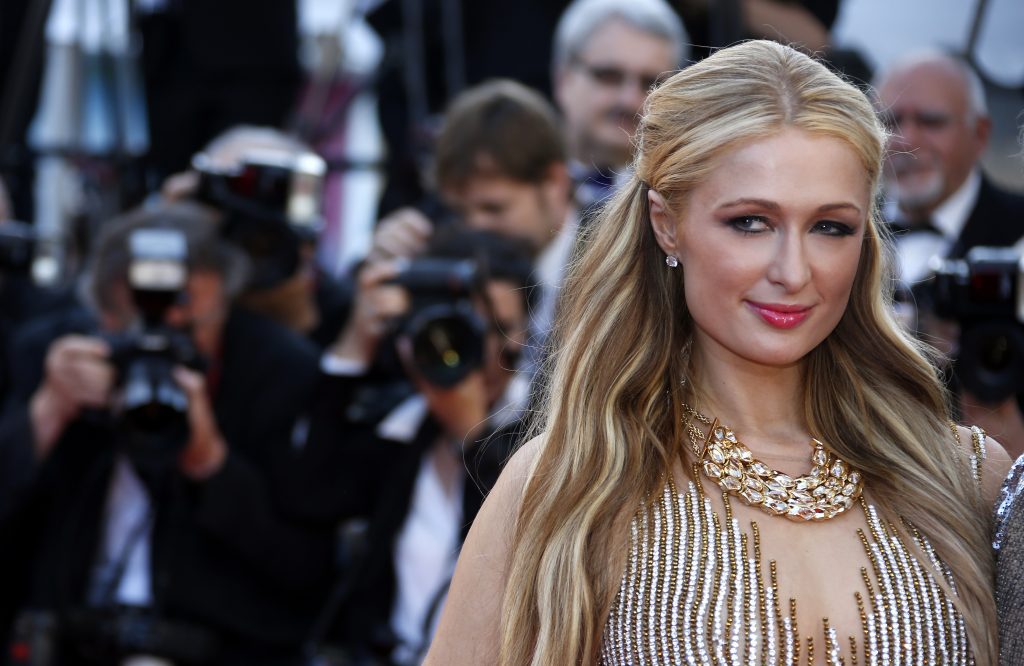 The SEC relies on a standard called the Howey Test to determine if an offering is a security. (At the risk of oversimplifying: The question turns on whether one invests in a common enterprise, with the expectation of profiting, based on solicitations from a third party or promoter.) Here’s an explanation of that as well as the standard industry framework to help investors and developers understand the extent to which securities law affects them.

And yet, the SEC hasn’t ruled on whether Bitcoin, the ur-currency first released in 2009, is a security and ought to be regulated as such. While the value of Bitcoin has surged since its birth, and people are buying it like lottery tickets, in my opinion, the far more interesting stuff is happening in the realm of the Ethereum blockchain, which has made “smart contracts” and ICOs possible. That’s the basis for exciting new companies to be borne of TGEs and provide new services that will fundamentally improve the Internet.

These types of tokens represent the next phase of innovation in blockchain technology, and the potential for new types of business models that are decentralized—for example, cloud computing without Amazon, social networks without Facebook, or online marketplaces without eBay.— “A Securities Law Framework for Blockchain Tokens”

Thanks to blockchain—the Internet-enabled, public ledger whose invention cleared the way for Bitcoin and its cryptocurrency siblings—finance itself is undergoing a fundamental disruption. As is everything else down the line.

The bubble notwithstanding, anyone looking to make a quick buck—or a slow one—faces challenges. The uncertain regulatory climate, on top of the difficulty of understanding complex emerging technologies, makes the task of picking winners in this Internet bubble even more complex than it was last time around. Good luck.

My enthusiasm for the new Apple Watch Series 3 was premature and Apple stock uncharacteristically sagged during launch week due to bug reports and apparent consumer ambivalence about the iPhone8…I’m hearing that Tesla is looking for ways to expand its brand awareness through its charging stations—making them feel like a club you should be a member of. Here’s an idea: turn some of its Supercharger stations into convenience stores…I have no idea what I’d do with a tiny $25 Linux computer, but the PocketBeagle sure has an adorable name…Ever wanted to buy a Leica but lack the shekels? Now you can: Its instant camera produces  photos the size of business cards, is made of plastic, and costs less than $300…Here’s why you don’t want a drone baby carriage.