Good luck getting the most expensive iPhone ever

So, are you planning to line up at your local Apple Store Friday to buy that new $1,000 iPhone X?

It’s become an American tradition since the first iPhone launched 10 years ago, as regular as Groundhog Day: an annual cycle of iPhone lust, followed by concerns about cost, short supply and questions about whether the new model will be as good as Apple says. Then, just like every time a new Apple product comes to market, Steve Wozniak weighs in and suggests he might not get this one—and we all laugh and clap our hands, like we do when the rodeo clown comes out and bravely distracts the bull until it can be contained…

And when at last the blessed event occurs and the doors to the Little Kingdom swing open on Friday, Nov. 3 at 8 a.m. (Apple advises to arrive early!), the tech press and local TV news will carry stories of the sad sacks who’ve been waiting outside the Apple store for days, with pictures of the lucky few who actually get to buy one. Maybe, briefly, we’ll feel good about ourselves—at least we’re not that guy! But uncertainty will gnaw at us, and by Kwanzaa, even cold-hearted cranks such as myself will have been discovered by their wives to have been wandering into the store, fondling the product and trying to decide whether to get the silver or the space gray…

The hype around the iPhone’s 10th anniversary edition is especially intense this year. The cycle this time feels even more circus-like, if that’s possible, and I wonder whether the new Animoji feature of the $1,000+ iPhone X isn’t the only thing making me feel like a clown. (You, too, can be a talking poo!)

Start with the fact that Apple launched not one model, but two, with the first one, the $699 iPhone 8, being only a scant improvement over last year’s iPhone 7. Though it’s been for sale in Apple stores since Sept. 22, the new model is languishing, according to researchers quoted by the Wall Street Journal: “Many consumers have decided the improvements in the iPhone 8 are too incremental to justify the higher price tag and instead opted to buy less costly, older models or wait for the iPhone X.” And among those who did buy one, a “boomlet” in iPhone 8 trade-ins has already begun. 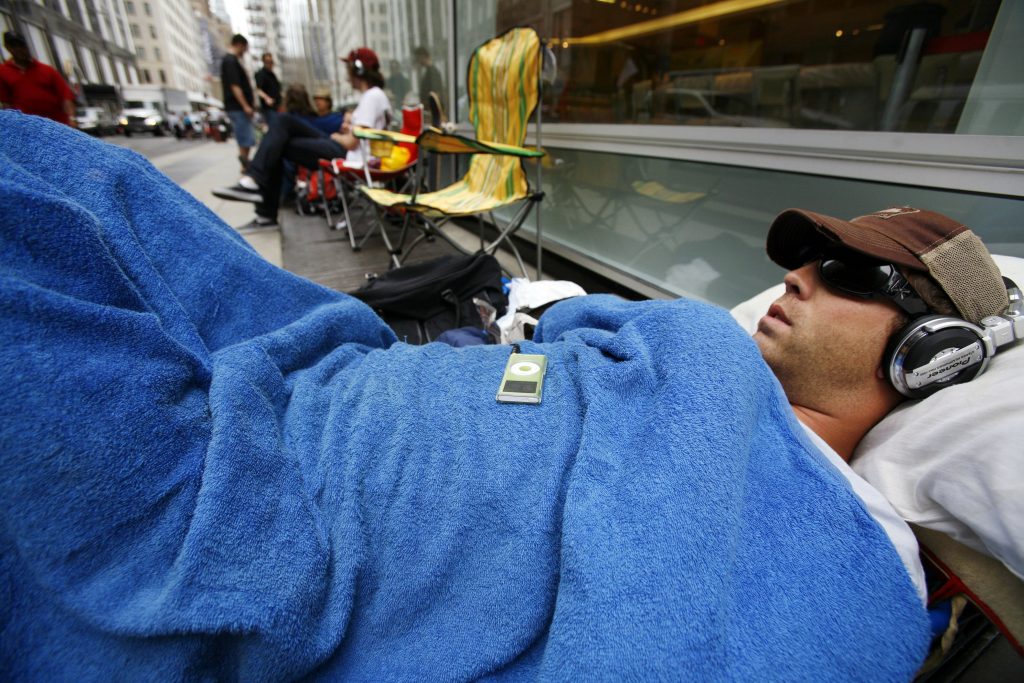 …In actually using the iPhone 8, it’s honestly hard to notice a big difference from the iPhones 7. This isn’t just because they largely look the same… but they also seem to roughly run the same. That is, they don’t feel noticeably faster than last year’s models.” Venture Capitalist M.G. Siegler, writing in his blog, 500ish Words

Rather than alleviating pressure on the supply chain, the meh-iPhone 8 appears to be exacerbating demand for the X—but good luck trying to get one without jumping through hoops. Waitlists are expected to be twice as long as usual, and online preorders sold out in minutes earlier this week. Apple blogger Phil Elmer-Dewitt quotes Apple long-time analyst Gene Munster, who estimates that wait time will be four to six weeks, and extend through the holidays. “Equilibrium”—when you’ll be able to walk into an Apple store and buy one on the spot—isn’t expected until March, he says.

Competitors may already be sowing “fear, uncertainty, and doubt” to try to dampen enthusiasm for their rival’s phone. Citing unnamed sources in what looks like a meticulously researched story, Bloomberg reported last week that supply chain constraints have caused Apple to cut corners so that it can get at least some Xs to market in time for the holidays. Per Bloomberg, Apple has “quietly told suppliers they could reduce the accuracy of the face-recognition technology to make it easier to manufacture.”

Or not. An Apple spokesman denied the report, telling Engadget and others that “Bloomberg’s claim that Apple has reduced the accuracy spec for Face ID is completely false and we expect Face ID to be the new gold standard for facial authentication.” John Gruber, whose track record on Apple’s internal workings is pretty good, wondered whether the report was planted by competitor Samsung to “sow doubt about Face ID.”

Apple’s iPhone hardware engineering teams did not spend 2017 working on the iPhone X and iPhone 8—they spent this year working on new iPhone hardware for 2018 and 2019 (and perhaps beyond). Hardware is nothing like software. If Apple had really been dithering over Touch ID-embedded-in-the-display vs. Face ID in June of this year, iPhone X wouldn’t be hitting the market until 2018. John Gruber via Daring Fireball

Whether facial recognition works at the 1-error-in-a million rate that Apple claims, or Fido your dog is able to unlock your phone with his ugly mug, no one disputes that the X will be in short supply at the holidays. Ming-Chi Kuo of KGI Securities told Bloomberg that only 30 million of the new phones will be available through the year’s end. That’s way less than half the 78 million that were sold in Q4 of 2016. Failure to meet holiday demand could be investors’ worst nightmare, says The Motley Fool.

Meanwhile, at $1,000 for the base model, the X has established a new price threshold for mobile phones, according to The New York Times, as Apple adds some distance between itself and Samsung high atop the luxury mobile phone ecosystem. Beyond that cute Animoji feature, the best reason to spend that money is to get Apple’s first end-to-end glass screen (the controversial “notch,” notwithstanding). The viewable area is larger than you get on the bulky iPhone 7+—but in a normal, pocket-sized body.

So, to recap: The iPhone X’s killer feature might not work as well as advertised, it’s too expensive and, worst of all, there aren’t enough of them. This sounds like a case of the food stinks and the portions are too small.

But that end-to-end screen? I need it. Cue the calliope music. 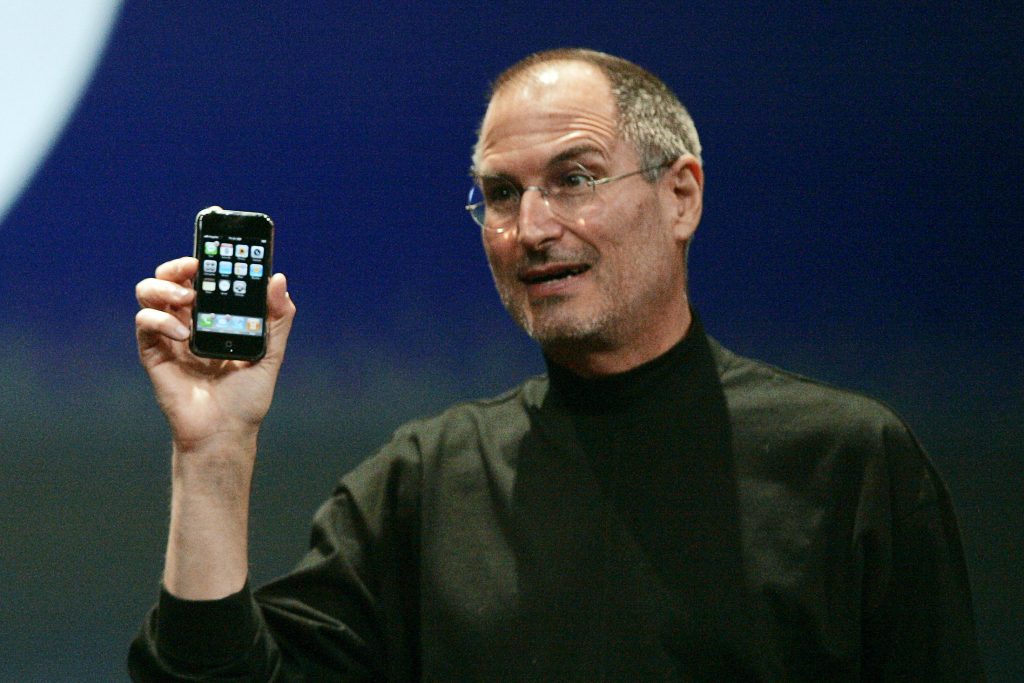 BGR reports on the “best secret feature” of all iPhones: Apparently, if you press zero while listening to music on hold at Apple Care, you can skip to the next song…Harvard University’s robot bees are finally able to dive into — and come out of—water…My Netflix has been super buggy lately: despite having a strong WiFi signal in my home, the signal frequently drops. After doing some Googling, I discovered that downgrading my picture quality to “medium” in Netflix’s settings cured the problem without affecting the picture quality. Now, here’s a hack to make season 2 of Stranger Things look better…Mashable says that researchers think they’ve identified the first known comet or asteroid to enter our solar system from outside it…And finally, here’s a $130 noise-canceling ramen fork…