Are new meat substitutes truly better than the real thing?

This week, some of the world’s biggest tech investors put their money into a surprising new venture: fake meat.

Redwood City, CA-based Impossible Foods got a new $75 million investment to shore up its manufacturing capabilities in its battle against Beyond Meat of Los Angeles, CA. (Typically excellent Quartz story here and good supplemental details from the FT here.) Impossible will use the money to make as much as 1 million pounds of hamburger substitute—which “bleeds” like real meat, thanks to a patented ingredient called “heme”—in a new Oakland, CA, factory.

The latest round was led by Bill Gates and Li Ka-shing, two of the richest guys in the world, who joined investors that include Horizon Ventures, Khosla Ventures and the Open Philanthropy Project. The round is part of some $300 million that TechCrunch says the company has raised since its founding in 2011.

Like my rich Uncle Harry—who one day placed $2 bets on each horse in all the races at Hialeah so he could go home and show his wife that he had picked every winner—Gates has also invested in Impossible’s main competitor, Beyond Meat. (Gates says he loved the company’s fake chicken.) That company, launched in 2009, also enjoys investment from the likes of The Obvious Corporation (founded by Twitter‘s co-founders) and the storied venture firm Kleiner-Perkins (obligatory disclosure: a funder of our humble Flipboard, too.)

What I was experiencing was more than a clever meat substitute. It was a taste of the future of food.—Bill Gates

These investors are betting that most “woke” carnivores would rather eat a healthier, save-the-planet choice if it tasted as good as meat. Already you can find Beyond Meat in most Whole Foods, Safeways and Krogers, among other places. Impossible Foods has taken a more rarified, limited-supply, invitation-only route and thus far is only available at fine burger joints and at fancy restaurants around the U.S. For now. Once it amps up production, it’ll likely be in grocery stores, too. 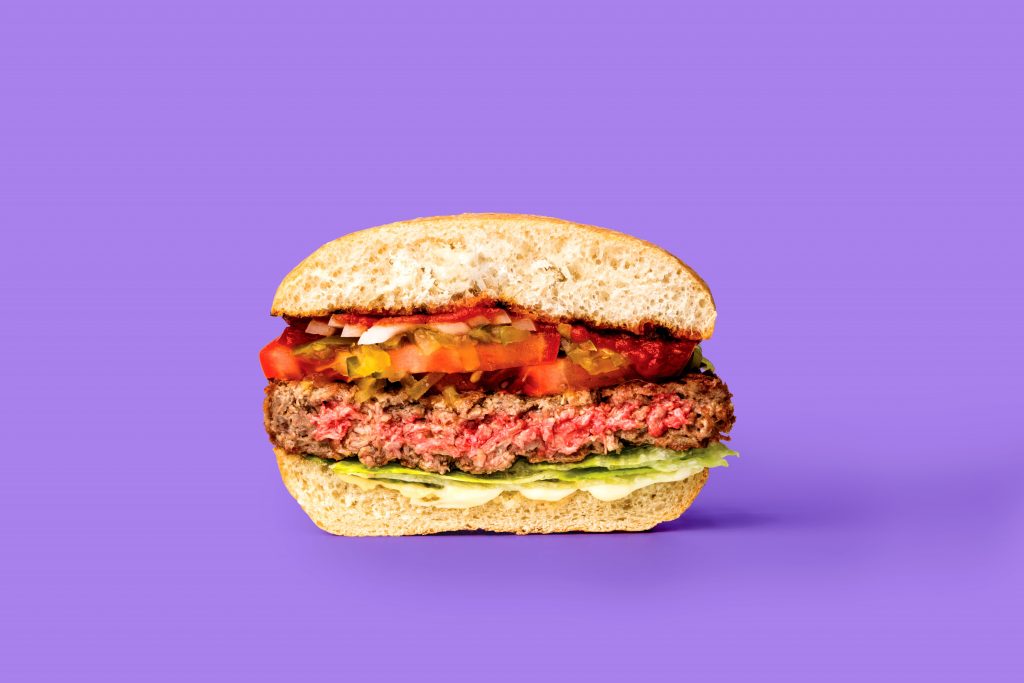 I ate an Impossible Burger last week at Umami Burger on Palo Alto’s main drag, and it was a peak food experience—the last time I was so smitten with a new food was my first Starbucks latte, in Portland, Oregon, in 1991. In both instances, I started feverishly wondering when I could do it again, before finishing the food at hand.

Selflessly, and in the interests of science, I decided to follow up a few days later with a Beyond Meat Super Rica at a fast-food vegetarian restaurant in a nearby mall. It wasn’t nearly as awesome as the Impossible Burger, possibly because it was coated in fake cheese, versus the “real” American cheese on the Umami. Still, I was pretty excited by both. In fact, I would readily eschew cow hamburger for this stuff—especially if it is so good for the planet and the temple that is my body.

But is it? Not willing to leave well enough alone, I started snooping around and was surprised at the vitriol these new hamburger substitutes have engendered. It turns out that there’s believable science that says these products are neither especially good for you nor good for the environment.

Both Beyond Meat and Impossible Foods weigh in at around 290 calories for a quarter-pounder and, without the usual add-ons such as cheese and (ahem, fake bacon), neither has any cholesterol, hormones or antibiotics. By comparison, a real hamburger is around 375 calories for the same size, has cholesterol and can contain the other bad stuff. So that’s the good news about fake meat.

But some of the ingredients in these smartypants burgers—like highly processed veggies—raise eyebrows. I wasn’t particularly worried about the meat substitutes using “yeast extract,” which some say is nothing more than MSG with a college education. The bigger issue for environmentalists is that Impossible apparently uses a chemical called hexane to extract protein from its soy beans. While that’s typical of non-organic soy processing, hexane is pretty nasty stuff that the EPA considers an air pollutant.

Hexane is a byproduct of gasoline refining. It is a neurotoxin and a hazardous air pollutant.— The Cornucopia Institute

Ashley Geo, a spokesperson for Impossible, said that while the ingredients the company uses are not certified organic, “we conduct extensive research on each of our ingredients prior to partnering with suppliers: sustainability, health and quality are our top priorities.” As for hexane, Impossible itself doesn’t use it, however it purchases soy protein isolate—which makes up less than .2% of the burger—from a third party. Geo said she didn’t know if the third party uses hexane to extract the soy protein, but conceded it was possible.

Beyond Meat doesn’t use soy, so hexane isn’t an issue. However, it contains carrageenan, which has been linked to intestinal disorders and even cancer.

“But a zillion things have been linked to cancer,” I whined to Linley Dixon, a senior scientist at the Cornucopia Institute, a Wisconsin non-profit that researches sustainable and organic agricultural. “Aren’t these burger substitutes better—for the environment and health, not to mention animal-cruelty considerations—than eating hamburger? I mean, for someone like me, who loves red meat…”

“True, but the evidence affiliated with carrageenan is overwhelming,” she replied, pointing me to some of the research. “They actually use it to cause cancer to study anti-cancer drugs—granted they inject it, but still! Anyway,” Dixon added, “I would just eat real food—mostly pulses and vegetables…” (Since I had to look up “pulses, I linked it back there.)

I asked Beyond Meat for comment but got no response.

To be honest, I’m still on the fence about all this. If I followed all the food advice I’ve heard over the past few decades, I’d have starved to death. Also, I just returned from a long weekend in Montana, where I ate my weight in steak but couldn’t help noticing the vast amounts of otherwise arid soil being irrigated to grow silage. “Compared to a burger made from cows, making an Impossible Burger uses about 1/20th the land, 1/4th the water, and produces 1/8th the greenhouse gas emissions,” Impossible’s website claims.

My take: I’m glad technologists are trying to solve this problem. It makes me think of a new Silicon Valley-centric novel (see below) I’m currently reading, about a fantastical social network that’s just launched and is taking over the world.

“It’s not perfect—yet,” says one character.

That might sound banal, but it’s not: That’s the way things work out here. Build an amazing electric car (great for the environment!) and worry about the massive toxic battery later. Create something cool, then iterate endlessly until you perfect it. And while they do that, I’m getting another Umami burger. 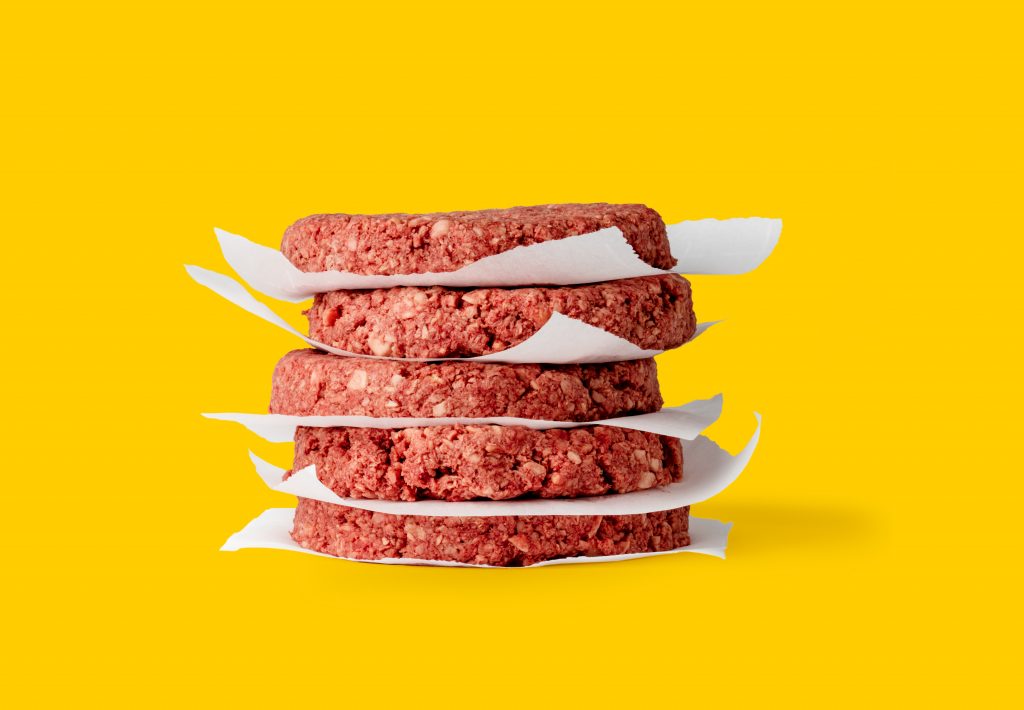 Help wanted: NASA “is hiring a ‘planetary protection officer’ to guard us against alien life,” reports the Washington Post. (I wonder if you get to carry a raygun in your utility belt)…This week in CRISPR news, scientists for the first time successfully “edited” a human genome to fix a heart problem. Vox has the soup-to-nuts on that here…The endlessly fascinating and increasingly difficult-to-understand crytopcurrency Bitcoin seems to have successfully hard forked into two currencies. Ars Technica explains why that matters…Apple beats the street with a stronger-than-expected Q3 but John Gruber is calling for a $1,200 entry-level iPhone 8? I have three kids and a mortgage. No, WIRED, this is not “good news for us all.”

READ/LISTEN: The Valley is aflutter re: “After On: A Novel of Silicon Valley,” by Rob Reid, which came out last week. The plot concerns a mysterious and popular social app that goes all singularity. A comic novel, like the HBO series Silicon Valley, it gets some things painfully right. I’m listening to the Audible version, which uses celebrity readers like Felicia Day and Patrick Rothfuss.