A Google Memo and the Summer of Hate

While much of the world gripped armchairs in white-knuckled horror as nuclear tensions escalated between the U.S. and North Korea, last week Silicon Valley was melting down over an incendiary Google Memo.

After an engineer named James Damore argued that biology helps explain the gender imbalance at Google, where women comprise a mere 20% of the tech workforce, he got fired midweek for violating Google’s Code of Conduct. “To suggest a group of our colleagues have traits that make them less biologically suited to that work is offensive and not OK,” CEO Sundar Pichai wrote to employees.

Damore’s firing was the latest example of how Silicon Valley has come under fire for its treatment of women. From Ellen Pao‘s claims of discrimination to Uber‘s “bro” culture to handsy venture capitalists, Techland’s workplace culture is often more like a throwback to the Mad Men era, as Brandeis law professor Anita Hill recently noted, than an enlightened, all-empowered 21st century environment.

Damore’s memo is a wonderful document in that it has united observers of all political persuasions in the comforting knowledge that they were right all along.—Ezra Klein, writing for Vox

The current imbroglio in what I’ve come to think of as the Summer of Hate, started last Friday, when Vice’s Motherboard reported that Google engineer Damore’s 3,000-word paper was burning up the intranet at the search giant. Damore wrote, “I’m simply stating that the distribution of preferences and abilities of men and women differ in part due to biological causes and that these differences may explain why we don’t see equal representation of women in tech and leadership.” He also claimed that his employer had sacrificed scientific truth on the altar of political correctness. “Google’s left bias has created a politically correct monoculture that maintains its hold by shaming dissenters into silence,” he complained.

The Vice story did get plenty of people talking, though. Prof. Hill  dubbed the affair “a reminder that the notion of Silicon Valley as the seat of human progress is a myth—at least when it comes to the way the women behind the latest in technology are treated.” The New Yorker’s Anna Wiener, who works in technology out here, noted that Silicon Valley prizes thinking out loud in public forums “to promote the open-source ethos that everyone can, and should, pitch in.” But Weiner concluded, “seeing Damore’s arguments made public—and, in some cases, seeing them elicit support—was a fresh smack in the face.”

And Recode’s Kara Swisher described Damore’s memo as “a series of what I can only describe as sexist twaddle, wrapped in the undeserved protection of free speech.”

On the other side of the political spectrum, from 4chan to Peter Thiel‘s managing director, Eric Altman, supporters leapt to Damore’s defense. From the safety of the Ecuadorian embassy where he’s holed up, Julian Assange offered Damore a job and tweeted, “Censorship is for losers!” And Altman, of Thiel Capital, tweeted, “Dear @Google, Stop teaching my girl that her path to financial freedom lies not in coding but in complaining to HR. Thx in advance, A dad.”

As it turned out, one’s right to free speech doesn’t protect you from getting fired for saying things your employer dislikes. And, by the end of day Monday, Google had sacked Damore. 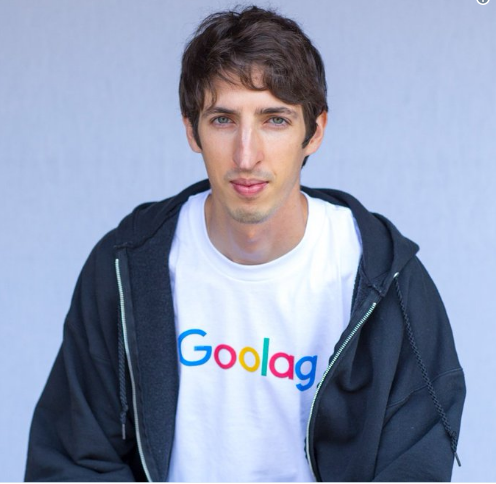 Damore then took to the YouTube lecture circuit (YouTube, of course, is owned by Google; this story is not without irony) and said his intent was to provoke a broader discussion of gender and diversity issues at Google where, he claimed, the company is squelching open discourse. “I support diversity and inclusion,” he said, in an interview with Bloomberg.

I’m not a sexist and I’m not a racist.—James Damore, via Bloomberg defending himself against critics’ assertions that he is.

Throughout the week, he maintained that by publishing his memo, he was searching for the truth: “I just wanted to clarify my thoughts on this,” he told Jordan B. Peterson, a Canadian clinical psychologist, professor and YouTube star. “I really just wanted to prove my thoughts wrong—because, if what I was saying was right? Then something bad was happening.”

At Google, the tensions continued to mount. Though a town hall meeting had been called for Thursday to discuss the incident, at the last minute CEO Pichai canceled it. “Googlers are writing in, concerned about their safety and worried they may be ‘outed’ publicly for asking a question in the Town Hall,” he said. Which, in turn, caused media entrepreneur and long-time Valley watcher John Battelle to totally lose it in a post late Thursday night, where he compared the trolls to terrorists. If  “we can no longer discuss the nuanced points of a difficult issue, then America dies, and so does our democracy,” he said, in one of the more printable parts of his blue-streaked screed. “This cannot stand.”

Then on Friday, New York Times columnist David Brooks, who’s pretty firmly in Damore’s camp, called on Pichai to resign, for joining the anti-Damore mob: “Either Pichai is unprepared to understand the research (unlikely), is not capable of handling complex data flows (a bad trait in a C.E.O.) or was simply too afraid to stand up to a mob.”

And that prompted Mike Isaacs, of the NYT’s  Silicon Valley bureau, to tweet, “this is a singularly bad column.”

How did we get into such a mess?

Damore said he began working on his now-notorious paper, “Google’s Ideological Echo Chamber,” more than six weeks ago, after attending “one of our diversity summits.” The conversations at the summit troubled him because he felt Google was sometimes hiring people based on diversity quotas rather than on achievement. He believed that was a bad idea, and might be illegal, and set down his thoughts on the matter.

You really should read the memo for yourself.

Damore sent his magnum opus to some of the summit organizers, he said, and awaited a reply. When none was forthcoming, he sent the memo to an internal mailing list called Skeptics, which was a place to share provocative stuff inside the company. “It just exploded after that. It spread throughout all of Google,” he told Peterson.

Now Damore is reportedly considering legal action against his former employer. Good luck, say legal experts, who point out that the guarantee of free speech refers to the Constitutional protection U.S. citizens have from being prosecuted by the government. Employers can pretty much fire you for saying anything they find objectionable. (Excellent Washington Post explainer here.)

Earlier in the week, Damore told Peterson and others that he feels especially burned by all this. “That’s the horrible part: I’ve always loved Google. I’ve always been the biggest Google fan boy.”

Not anymore, though. By week’s end, Damore was swanning around in a Google shirt that said “Goolag” and had become a cause célèbre with his supporters. The alt-right is planning a march in a half dozen cities in his defense next week. The left continues to be outraged. Everyone is full of hate and we can no longer discuss the things that matter. #sad