Have you used Google’s Arts & Culture app yet?

Along with more than 30 million people in the U.S. during the past few weeks, I downloaded it the other day to try its new selfie-related feature, which finds the best match of one’s face to a portrait in its collection. I was gratified to learn that I had a 65% match with Count Vittorio Alfieri, an 18th century Italian dramatist, poet and—get this—father of Italian tragedy. Which is so cool. I feel like we’re related.

I look nothing like that cranky fop, of course. And, in case certain people are reading this, I’d like to point out that the app, which now tops the charts of both app stores, is a little more than a cheap trick played with a very limited collection of photos and ought to be burned in a bonfire. And I’m not just saying that because a woman very close to me, who shall go unnamed, got a 51% match with Ben Franklin.

The Google app is the latest reminder that the selfie, like Rasputin, simply will not die. A phenomenon that seemed to have had its media heydey around five years ago, the selfie is now an even bigger part of our culture than ever. Note, for instance, that Apple is going long on selfie-related stuff. Its latest ad is a paean to the selfie, and showcases the iPhone X‘s ability to take stunning self portraits that do not make otherwise gorgeous people resemble Ben Franklin. Samsung, just as sensitive to the selfie-interested segment of the market, is reportedly working on embedding an array of special cameras under its glass screen to shoot even better self portraits. Even peripherals makers are continuing to find new ways to up their selfie game: dig the “Selfly,” a drone built in to a phone case, and a competitor, the “Airselfie.”

Never mind that the despicable selfie stick is increasingly being outlawed in some of the more popular, public places on earth, it’s actually encouraged at The Museum of Selfies, which opened last week in (where else?) Los Angeles. 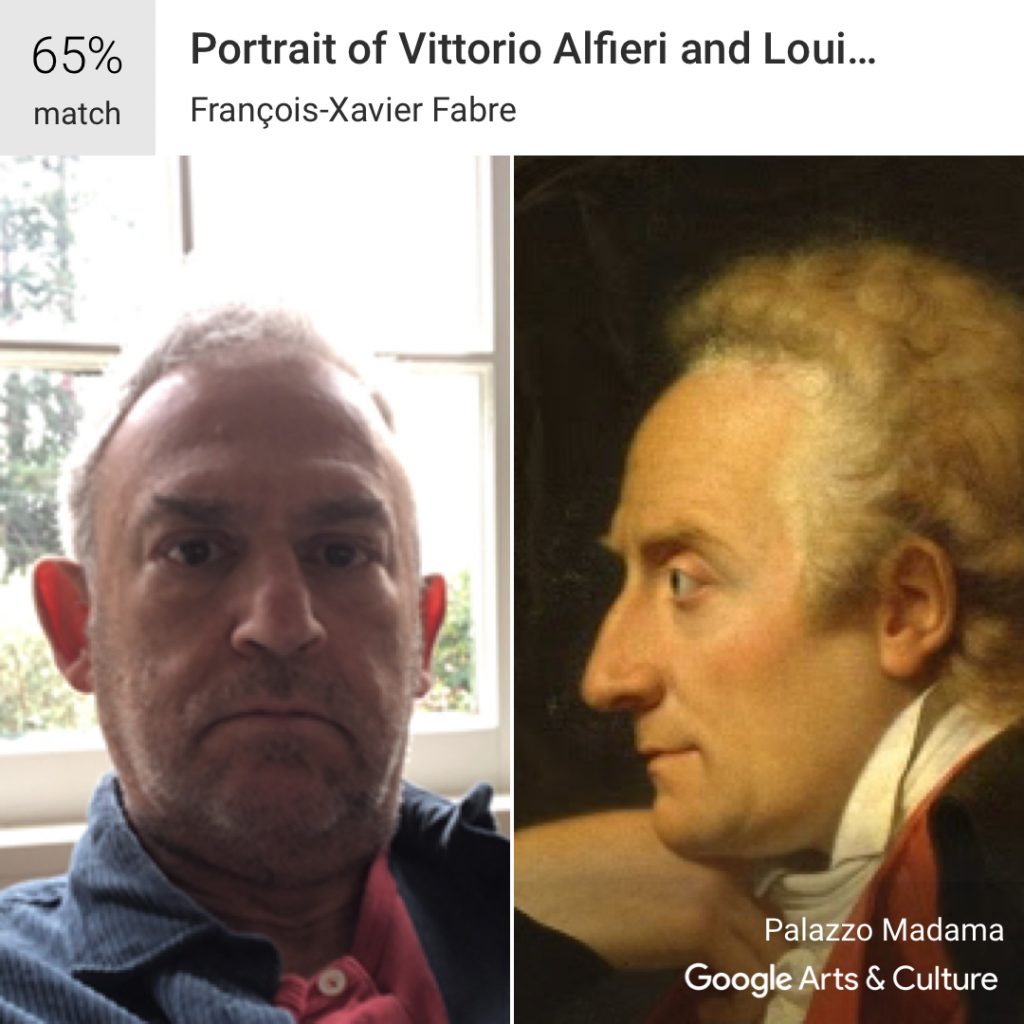 In some ways, the history of photography has led us to this self-obsessed point, from the very first portrait ever taken—an 1839 selfie of chemist Robert Cornelius. Self-portraiture entered the mainstream when the Photo Booth became a thing in the late 1880s, and evolved into a digital consumer fad when the front-facing mobile phone camera was invented in 2003 (for video conferencing). By the time Instagram came along in 2010, most of us had pretty good cameras on our mobile phones and selfies became a world-wide obsession, especially among teenagers and celebrities.

But not without some awful consequences. Spending too much time perfecting your selfies is a pretty good indicator that you’re having issues with how you look, according to a growing corpus of research. “We’re starting to try to understand what people are actually doing that may be related to poor body image,” Amy Slater, a senior research psychologist, told Buzzfeed.

Even more troubling is the increasing number of fatalities that occur each year when people take selfies in dangerous places. By 2015, more people were dying each year from selfie-related accidents than shark attacks.

It is also worth noting that deaths sometimes occur as a result of trying to take selfies in dangerous contexts and that India accounts for more selfie deaths in the world compared to any other country with 76 deaths reported from a total of 127 worldwide.—via research paper “An Exploratory Study of “Selfitis” and the Development of the Selfitis Behavior Scale”

Death by selfie has become so common that Wikipedia has a page to track deaths and injuries. The phenomenon is especially common in India, which accounts for more than half of the world’s selfie deaths. Just last July, 48 people were injured in Chennai when they disregarded firefighters’ warnings and stood too close to a burning bakery.

Psychologists can’t seem to agree on why we love selfies, probably because there isn’t a single reason. It’s likely related to mating behavior among teenagers and narcissistic behavior for everyone else, a way of showing the world the side of us we want them to see. Body-image-obsessed people aside, the behavior is typically benign though another recent study found that there’s a tendency among some people—men mostly—to selfie themselves to distraction. The shrinks called the disorder “selfitis.”

Selfies are not a purely human thing. Other higher primates have shown an interest, too. In 2011, a wildlife photographer left his unattended camera on a tripod at a campsite on the Indonesian island of Sulawesi. Naruto, a Macaque monkey living there, found it and took an Apple-commercial worthy selfie of himself. (Good Washington Post summary here.) This being the 21st century, the picture became the subject of a rip-roaring copyright dispute in 2015, when People for the Ethical Treatment of Animals sued the photographer, who was selling rights to the picture. PETA argued that animals enjoy some of the same intellectual property rights as humans.

The monkey’s claim to the copyright was always weak (though not as far-fetched as many commentators suggested). It’s not only that he’s a monkey, and, for the many reasons well-summarized by Orrick, monkeys can’t own copyrights. It’s because copyright does not reward the random pressing of buttons; it rewards the creative mental processes that lie behind the pressing of the buttons, and as far as we know, Naruto did not engage in any such mental endeavor here.—David G. Post, writing in the Washington Post

Though a lower court ruled that the monkey didn’t enjoy copyright protection, PETA vowed to appeal. But in September, it agreed to settle the matter when the photographer pledged to give a portion of future proceeds to wildlife protection efforts.

This may be the only instance in the history of selfies that is unequivocally selfless. 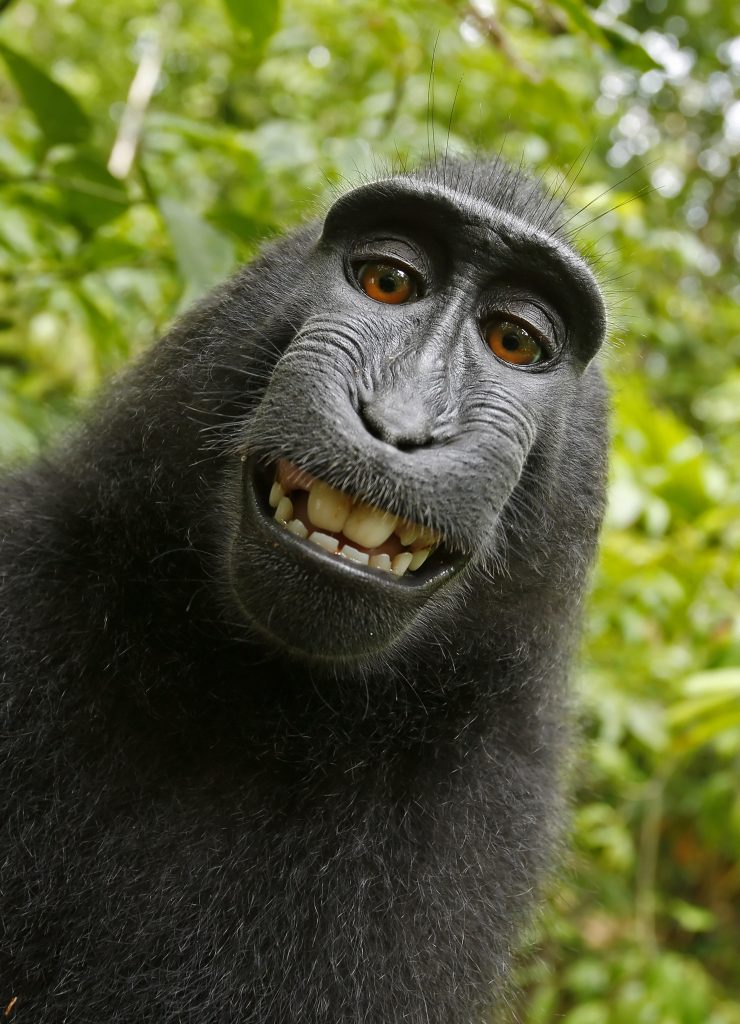 From the annals of paleontology: Scientists have recreated a 300,000-year-old woolly mammoth. It looks adorable….Recode has an interesting breakdown of which publishers have the most to lose from Facebook’s demotion of news media from its News Feed…Crypto exchange Robinhood announced its launch last week and will be offering no-fee bitcoin and ethereum transactions in five U.S. states. That disrupts 800-pound gorilla, Coinbase, which charges as much as 4%…In Davos, Bill Gates opined that humans don’t have all that much to worry about when it comes to being displaced by AI in the workplace…Apple is currently testing more than two dozen autonomous Lexus SUVs on California highways. But don’t get your hopes up for an iCar: The Verge says the company is more interested in building software systems that can be integrated into other manufacturers’ cars…My favorite pundit/VC, Om Malik, has seen the future and it is friction-free retail shopping, à la the Amazon Go store that opened in Seattle last week. Malik notes that the kiosk-style shop still suffers from teething problems: someone inadvertently shoplifted from the place after their purchase escaped detection at check out.