Toll roads, traffic blocks and the future of the Infobahn

The other day, I got into a cab and was surprised to see a 9-inch television streaming a local news station—in the front of the cab, so the driver could see it.

“What should we watch?” the cabby asked.

He laughed and I nervously settled into the white-knuckle ride home. Outside of Beijing, I’d never seen a cab driver watching TV in the front seat of a car and I told him I’m pretty sure it’s illegal in California. He said that, though he’d installed the TV three months ago, and had been stopped by the cops for other matters, no one had mentioned it.

Besides, he said, legality wasn’t his immediate concern—his phone bill was. Now pumped up by his streaming TV habit, it was becoming ruinous.  “The phone company charges me $15 for every gigabyte over 5,” he said. “It would cost me $150 for unlimited. That’s outrageous. I don’t have that kind of money.”

With net neutrality being overturned by the Federal Communications Commission last week, $150 for all-you-can eat bandwidth might look like the deal of the century soon. And while that might actually be a good thing in this particular case, the days of fast, affordable, open-access to our beloved Internet could be coming to an end—at least, that’s the argument of much of the tech world, from the father of the Web, Tim Berners-Lee, to hip-hop artists, on down.

The FCC’s proposal to undermine #NetNeutrality would be a disaster for the Internet, for consumers & for innovation. via a tweet by Tim Berners-Lee

The other side of this incredibly contentious and almost impenetrable debate embraces what it calls “Internet Freedom,” the Orwellian-sounding alternative to net neutrality. It maintains that the two-year-old regulations damage the Internet Service Providers—and the rest of us who rely on broadband services—by forcing them to comply with needless and confusing bureaucratic red tape. Further, argued Ajit Pai, who heads the FCC and spearheaded the neutering of the regulations, net neutrality has stifled innovation and caused a slowdown in infrastructure investment that would make the ‘Net faster and better.

…investment in high-speed networks has declined by billions of dollars. Notably, this is the first time that such investment has declined outside of a recession in the Internet era. When there’s less investment, that means fewer next-generation networks are built. That means less competition. That means fewer jobs for Americans building those networks. And that means more Americans are left on the wrong side of the digital divide. —FCC Chairman Ajit Pai, in his statement Thursday on net neutrality 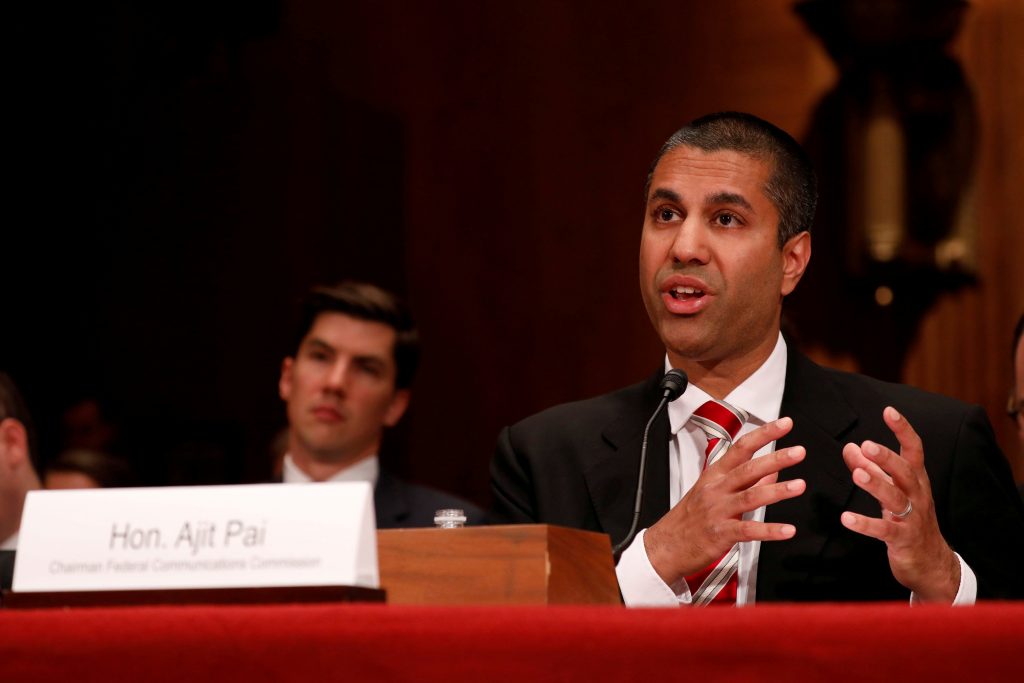 The argument against net neutrality is complex, nuanced and not readily understood by most people. It requires some knowledge of telecommunications law that dates back to 1934, when the FCC was created, in part, to regulate common carriers. It only got more complicated with the breakup of Ma Bell and the rise of cable and broadband. (See CNET for this great net neutrality timeline.)  Now, thanks to our hyper-political climate, the debate includes bots, Russian trolls and fake comments, making it even harder to penetrate the noise. Some 24 million “public comments” were submitted to the FCC before last week’s hearing, including nearly 500,000 from Russian email addresses.

“The fix was already in,” said Commissioner Mignon Clyburn, one of two Democrats who dissented in the 3-2 vote. She argued to table the vote “until we get to the bottom of this mess.”

The net neutrality side asserts that unshackling the broadband providers means that bandwidth-intensive services such as Netflix will be subjected to higher tolls, which they’ll pass onto consumers. And worse, the companies who control the pipes will be able to favor their own content via “fast lanes,” while throttling competitive content. Making bandwidth more expensive could also “kill” nascent tech companies, according to a letter to the FCC signed by more than 800 startups.

But the Internet Freedom fighters say that express lanes for some content might well be a useful thing. FCC Commissioner Michael O’Rielly, a Republican, claimed that self-driving cars will consume a whopping 4 terabytes of data per day. “It’s hard to imagine that some prioritization of traffic won’t be necessary,” he said. The net neutrality haters also point out that the system worked just fine before 2015, when net neutrality was imposed.

[The] FCC chairman is trying to remove government from the Internet, returning it to those dark, authoritarian days of 30 months ago—you know, when pretty much every website, app and online service we use was created. Jon Gabriel, Arizona Republic columnist, writing in opposition to net neutrality

So what happens next? Probably nothing. As of this writing, 18 states indicated they’ll be filing lawsuits challenging the repeal, raising questions that could go all the way to the U.S Supreme Court. At the same time, Congress has 60 days to challenge the FCC decision, and the Democrats have already indicated they will start that process. “This fight is far from over,” tweeted Democrat Sen. Ed Markey, who said he planned to introduce a resolution to repeal the FCC decision. And finally, if the new regulations go into effect, a future FCC—comprised of net neutrality-leaning commissioners—can always roll back that decision yet again. (Here’s an excellent, deeper dive in Engadget.)

In the meantime, “trust us,” say the broadband providers, and the FCC’s majority. What could possibly go wrong?

Crypto, crypto and crypto. The world’s first global financial bubble continues to inflate. Here’s a helpful list that charts all the major cryptocurrencies prices in real time…And, related, I guess: Weirdest story of the week goes to The Next Web, for “This startup uses body heat to mine crypto–for when robots take our jobs“…The trailer for Annihilation makes a compelling case for going to see the movie in late February…It pains me to admit that I am obsessed with pictures of nuclear explosions. Here are 72 recently declassified videos, via Lawrence Livermore Laboratory…And I’m sorry to end this on a scary note, but it was that kind of week. Here’s an interesting look at what happens when gene editing tools get into the wrong hands.