What will knock out our prized possession?

Mobile World Congress begins in Barcelona this week and promises all the wonder and excitement of fin de siècle Comdex, the definitive PC industry expo that used to occur in Las Vegas. Which is another way of saying: Zzzzzzzzzzzzzzzzz.

I mean honestly, can you think of anything more boring than the smartphone business in 2018?

It’s no wonder that for the first time smartphone sales took a fourth quarter dive. Even Apple is experiencing unheard of (for Cupertino) softer-than-expected demand for its iPhones, notably the $1,000 X. (To be clear, I am talking about Apple unit sales, not revenue, which was at record highs.) Phone-based augmented reality has been disappointing, and, despite the advent of the insanely innovative Talking Poo, consumers simply don’t see much of a reason to upgrade their iPhones—or any mobile phones—as frequently anymore.

That’s hardly surprising: Consumer tech tends to go through predictable cycles, with the brands that are ultimately successful being fairly fungible. We’ve reached the point where the differences between smartphones are scant. They can all do the same things, with subtle differences in performance, style, finesse and price point. For instance, take a look at these renderings of Samsung’s flagship, the Galaxy S9, which will be unveiled in Barcelona this week. It has a headphone jack and no notch (and runs Android, of course) but functionally, how different is it from an iPhone X?

Possibly the only innovation that will get consumers excited about smartphones again in the near term is the gradual move away from black rectangles to slightly curvier models—and maybe even foldable screens. Samsung has promised one of these for this year; that could mean much bigger screens in the same form factor, which could be the most exciting innovation coming to smartphones any time soon.—Steve Ranger, writing in ZDNet on the future of cellphones

Though pundits have been predicting the imminent death of the smartphone for a while, I don’t expect phones to disappear anytime soon. And, personally, I’d sooner leave home without a pair of pants than forget Precious, my iPhone X. And yet, it’s clear that the mighty mobile phone is ripe for disruption in the sense that it could quickly become relegated to a supporting, rather than a starring, role. 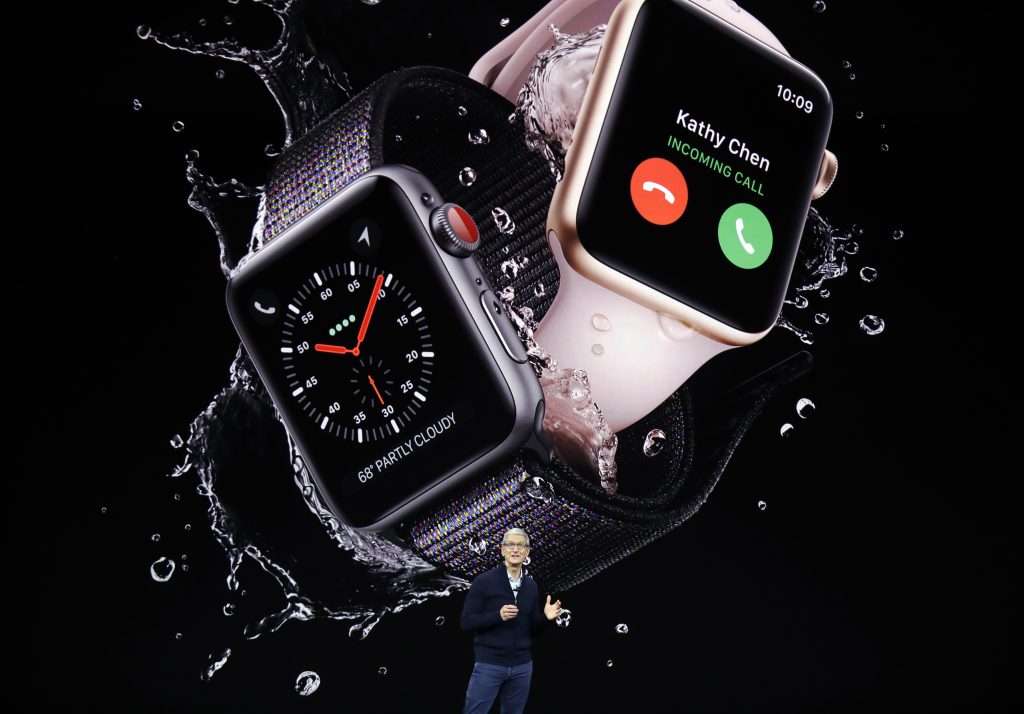 Watch this space:  The Apple Watch Series 3, unveiled in September, is nudging aside the cellphone. (AP Photo/Marcio Jose Sanchez)

The Apple Watch, for instance, saw a 50 percent year-over-year increase in unit sales in 2017; the estimated 18 million watches Apple shipped last year made it the biggest watchmaker in the world, according to a recent MacRumors story. And nearly half of those Apple Watches were the Series 3, claims Canalys, an industry analyst.

As someone who recently received one of them as a birthday present, I can tell you that the device has been relegating Precious more and more to my back pocket. While I still tend to have it with me in case I need to write an email or play Words with Friends, I spend less and less time stupidly staring at it. Consequently, I never worry about Precious’s battery life anymore—there’s always enough to last me a full day. Also, and significantly, the watch makes Siri an essential service for me, in a way that, say, Amazon’s Echo is not. The Echo still falls into the category of Interesting Gadgets I Forget to Use. But I send texts by talking into my wrist these days. It’s weird, but fun—and, once you get the hang of it, way faster and more accurate than typing on a phone.

Not that there’s anything wrong with Alexa or any of the other voice-recognition services. It requires no imagination to see how those services, and their attendant AIs, are quickly evolving as the interface to the “wareables” that are beginning to supplant the cellphone.

For instance, who among us didn’t experience intense gadget lust for Samantha, the smart earbud featured in the 2013 movie, Her? While we’re still a few years away from the singularity-level of consciousness the AI enjoyed, a new class of “hearables” on the market offers language-translation services and other forms of onboard intelligence such as biometric data, fitness coaching and “augmented hearing.”

Meanwhile, though the first generation of Google Glass may be gone as a consumer product, the form factor is just getting started.  Nick Statt, writing for The Verge, got his hands on the $1,000 Vuzix blade AR glasses at CES last month and pronounced the Alexa-powered device “the real deal.” Consumers should be able to buy the product, which will interface with and display a wide variety of apps across both Android and iOS, by June.

Presumably, we’ll see more of these phone replacements in the next week. Like its name implies, Mobile World Congress focuses on everything in the mobile space, not just smartphones. If nothing else, we ought to get more details on plans the big carriers in the U.S. (and around the world) have to roll out 5G networks. Those next-gen cellular networks are expected to bring faster-than-WiFi speeds to all our devices—as well as autonomous cars—and be available in most big cities nationwide by 2020. And boy, what’s more exciting than faster network speeds? Zzzzzzzzzzzzz. 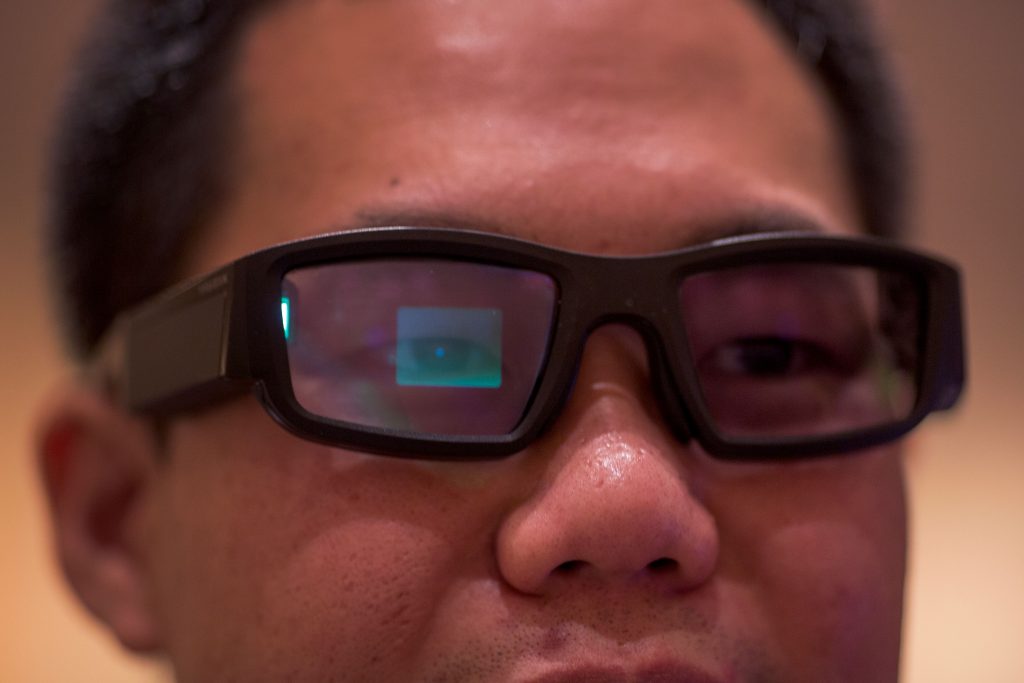 More than 1,600 suspicious emergency calls to 911 have been logged in Sacramento, California, of late—and rogue Apple Watches at an Apple repair facility nearby seem to be the culprit…Apple fanboys aren’t the only people who get to pay $1,000 for a phone. Say hey to the Caterpillar’s new Cat S61, an exceptionally rugged Android phone that streams thermal imaging, has laser-assisted distance measuring, and can be submerged in up to 3 meters of water for an hour…Kylie Jenner dissed Snapchat and the stock price dropped 7 percent. Of course, the 1.2 million people who signed a petition saying they hate the site’s redesign might also have had something to do with it…Recode says that Amazon Go, the giant retailer’s self-serve brick and mortar stores, might open franchises in six cities this year…Nearly half of parents say their kids are addicted to tech. But you aren’t, right?