The Best Listens of Summer

Some of my favorite podcasts…

One of the surprise hits of new media these days is podcasts.

Many of today’s most popular ones are descendants of the 2014 hit Serial, which was created by the folks who pioneered modern storytelling on This American Life. Recently, even the prisoners of San Quentin are podcasting.

In the U.S., more than 65 million people—roughly one in four people over the age of 12, according to Edison Research—are listening in, which represents a 14 percent increase over last year (and mimics the annual growth rates for podcasts over the past few years). Not surprisingly, the biggest listening segment (25-54 year olds) happens to be one of the world’s most educated, moneyed and tech-savvy groups.

No wonder advertisers are entranced with episodic audio. AdWeek estimates that podcasts will generate $220 million this year, an 85% year-over-year jump. Last month, Apple (whose popular podcast app and early support via iTunes gave a leg up to the medium) announced that it would be providing basic analytics. That will help advertisers get a handle on whether their money is being well spent. Analytics will tell advertisers how many people listen to a particular episode and whether they get to the ad or bail before they hit it or even fast forward through.

We are born storytellers (and listeners) and podcasting is a more natural way to tap into that impulse when you’re on a mobile device—emphasis on the word “mobile.” You don’t watch video when you’re walking or driving. But your ears turn out to be the perfect, mobile input port. (As an aside, I’ve noticed that my book reading has become book listening; where once I was a voracious reader, now I am an insatiable Audible subscriber, with 2-3 new books queued up at all times.)

Here are my favorite podcasts from the past year, in no particular order:

Homecoming: This is Hollywood-level entertainment, which really classes up the podcast space. Without giving away too much, it’s a thriller about a government-funded plot to medically “treat” war veterans who served in the Middle East. The production values—the sound effects in particular—represent a new state of the art in podcasting, and the actors (Catherine Keener, David Schwimmer and Oscar Isaac) give it the verisimilitude of the best radio play you ever heard. Best of all: Season Two starts on Wednesday, July 19. Solid Vanity Fair feature here.

Between the level of talent and the character-driven storytelling, Homecoming has more in common with HBO prestige dramas than some of the other genre-focused fictional podcasts that preceded it.—Vanity Fair 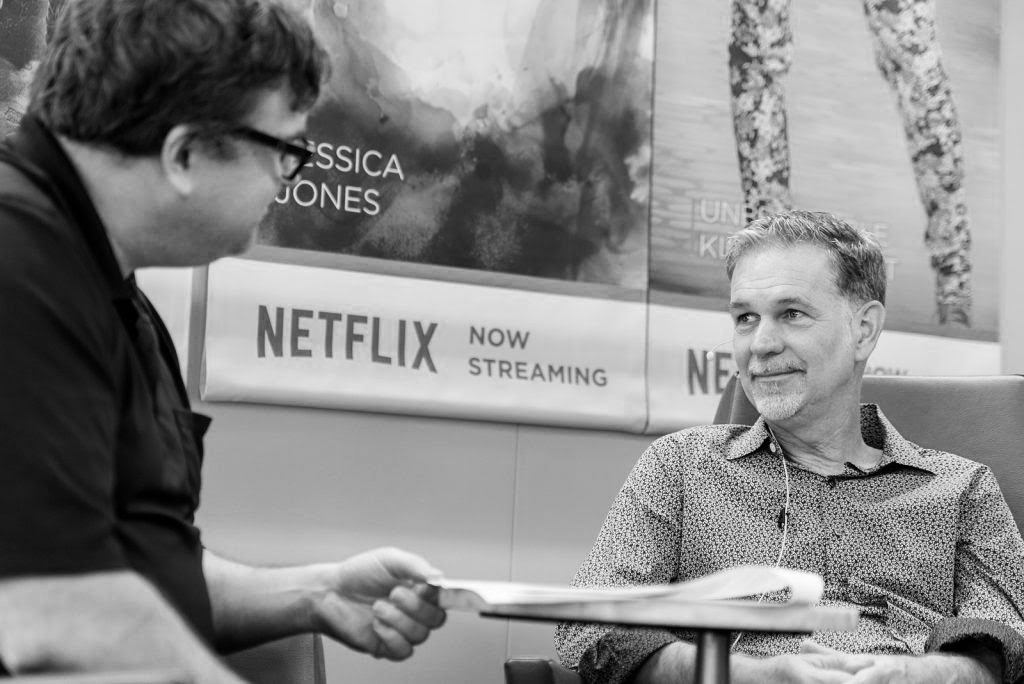 Masters of Scale, Exponent and Big Picture Science: This is a tech column after all, so here are a few of the many terrific tech podcasts. MoS is hosted by Reid Hoffman, the founder of LinkedIn and one of Silicon Valley‘s most intelligent and articulate entrepreneurs. Each episode features him crash testing his ideas with a who’s who of Valley muckety-mucks, from Mark Zuckerberg on down…If you are a fan of Stratechery, Ben Thompson‘s well-regarded tech and biz-strategy site, you’re probably already listening to Exponent. If not, why not? Big Picture Science is more science than tech, but this Mountain View, California, podcast has won the hearts and minds of Techland. Bonus podcast for coders: I’m told Software Engineering Radio is the ne plus ultra of the lot.

S-Town: SO great. Once you start (as with Homecoming), you’ll end up binge listening—or carefully parceling it out to savor every byte. From the producers of Serial, the podcast concerns a mad genius who’s alleging a murder cover up in a tiny Southern town. “It’s hard to recall a more touching, devastating podcast,” says The Guardian, in a review that has spoilers which you shouldn’t read until after you’ve listened to the whole thing.

The Daily: In a world of surprise hits from upstart media, I bet no one is more surprised than The New York Times by the success of its new podcast, The Daily. Hosted by Times reporter Michael Barbaro, it’s now listened to more than 15 million times a month. The 20-ish-minute segment is a lively, conversational look at the morning’s top story. The team who created it was led by Kinsey Wilson, whose NPR pedigree shines through.

In Our Time remains one of Radio 4’s quiet jewels in its crown, quite possibly its finest programme. It shouldn’t work, even on a pretty highbrow speech network…But it does.—The Guardian

In Our Time with Melvyn Bragg: I couldn’t resist this “podcast” since it seems a suitable kicker: One of the most amazing things you can download and listen to each week, it’s really no more than a repurposed BBC Radio 4 “discussion show,” migrating happily to podcasting. With more than 2 million weekly listeners, the 45-minute show, which first aired in 1998, features three brilliant guests per episode and will make you wish, desperately, that you had been educated in England. Happily, technology helps close that gap a bit.

Too many podcasts, too little time? Listen to them at “chipmunk speeds,” says the Wall Street Journal…TechCrunch reports that scientists used a 3D printer to create an artificial heart—and it really works!…Yet another reason to loathe selfies and the people who self themselves: A woman selfie-ing herself accidentally knocked over an art installation in Los Angeles, and caused $200,000 worth of damage, says Mashable… While on the topic of podcasts, I wish I could have thought of a way to give a shout out to Flipboard alum Najib Aminy, who now wanders around independently producing a delightful podcast about interesting stuff as seen by an interesting guy…Scientists have uploaded a GIF of a galloping horse into a bacteria. That’s actually a big deal—see this New Yorker article for more on why…Kara Swisher says none of the names that have been bandied about for CEO of Uber are true… And finally, for some reason, more than a few times this week, I creeped myself out by watching this video of a rattlesnake climbing aboard a moving motorboat. Watcher beware.