With the Apple Watch, it looks like 3’s the charm

As you’d expect, the first wave of stories about Apple’s big announcements last week centered on the debut of the 10th anniversary edition of the iPhone (the eponymous “X”) and its duller siblings, the 8 and 8 Plus. (See canonical Flipboard magazine here.)

But in the following days, the narrative in Techland shifted to an intense, and possibly contrarian, gadget lust for the Apple Watch Series 3.

The new series 3 makes me want to ditch my phone for the first time.—Jesus Diaz, writing in Fast Company

I hadn’t realized I wanted to ditch my iPhone before I saw the new Watch; now I pretty much agree with everything Jesus Diaz says in his Fast Company piece. I’m sick of lugging around my 6 Plus and would like to downsize. Since I’m in front of my laptop so much anyway, I mainly need something for meetings and trips between home and office—a watch could be perfect for that. To ignore Apple’s siren song and not buy a new iPhone…say, there’s a provocative idea. It almost feels like I’d be resisting The Man: rather than giving Cupertino $1,000, I’ll only pay $400! (Plus $10 a month forever to AT&T for the watch’s data connection.) Eat it, Apple! 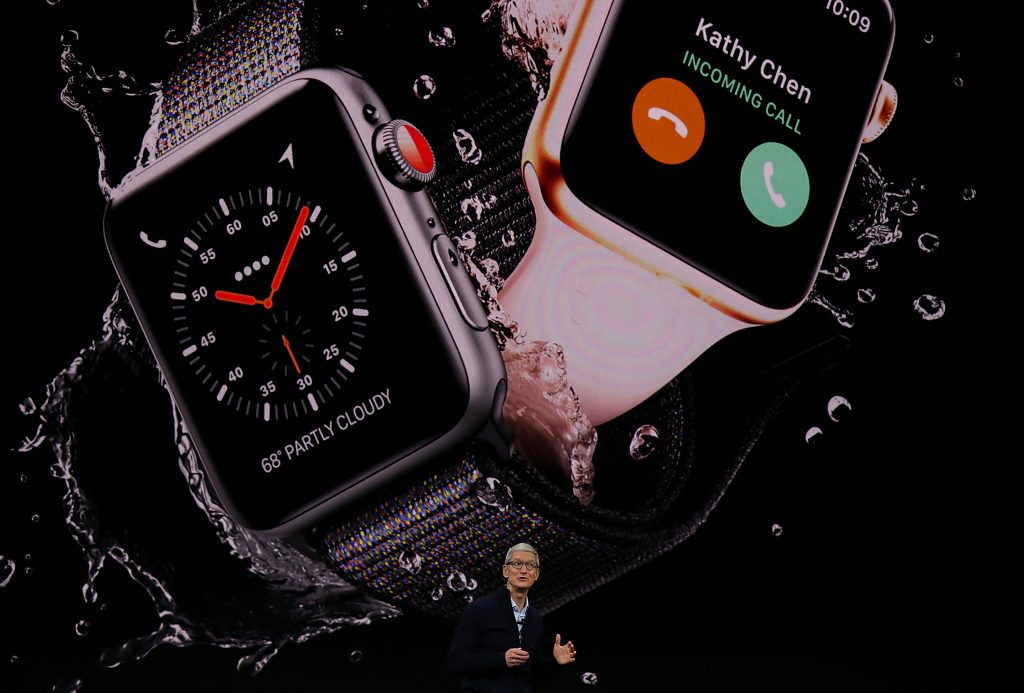 Of course, it’s that kind of thinking that will, I guess, help Apple establish a new blockbuster business. In fact, lost in all the fanfare of the past week (heartfelt Daring Fireball paean to the new Apple HQ and Steve Jobs here) is that the Watch could be Apple’s first true hit of the post-Jobs era.

The dreamer might even dare to say that the Apple Watch could yet become the iPhone successor that the company has long sought. At the very least, it could become a key part of the system that succeeds the iPhone—a wrist-mounted control center for your personal cloud.—Will Oremus, writing in Slate

To be fair, I’d been on the Watch fence for a while. Its first two iterations were increasingly interesting. But there was a literal and figurative disconnect: until now, its best use case was for fitness buffs, and the lack of a data connection meant limited music and other options, unless you also ferried along your phone. And if you did that, what was the point? May as well stay home, drink beer and eat potato chips, which was the path I and a great many others took.

But this Watch—if it works as advertised—puts a lot of Apple disparate projects together at last and creates the kind of synergy that Steve Case and Jerry Levin couldn’t even imagine:

And here is the obligatory, “to-be-sure” paragraph: To be sure, the Watch might not work as well as advertised. Depending on how heavily you lean on it, battery use will be an issue; an hour-long phone call will drain it. You still need an iPhone to set it up, according to Mashable. And how much it relies on that phone is still an open question—CNBC says “if you have your phone nearby” your watch’s call time can go as long as three hours, for instance. Also, a camera would be nice. (Though here’s a WIRED article on CMRA, an auxiliary camera-in-a-watchband, which looks like it’s not yet out.)

Even if the 3 isn’t completely debugged, we can see what the near-term future looks like.

While the iPhone was dubbed “the Jesus Phone” when Jobs unveiled it to critical acclaim in 2007, only a million or so people actually bought one during its first year. But sales went up exponentially after apps, via the launch of the App Store, were introduced: version 2 of the phone, the 3G, sold 1 million units in its first three days. And iPhone sales practically doubled year over year ever since. With the Series 3, it looks like Apple’s miracles will keep coming. 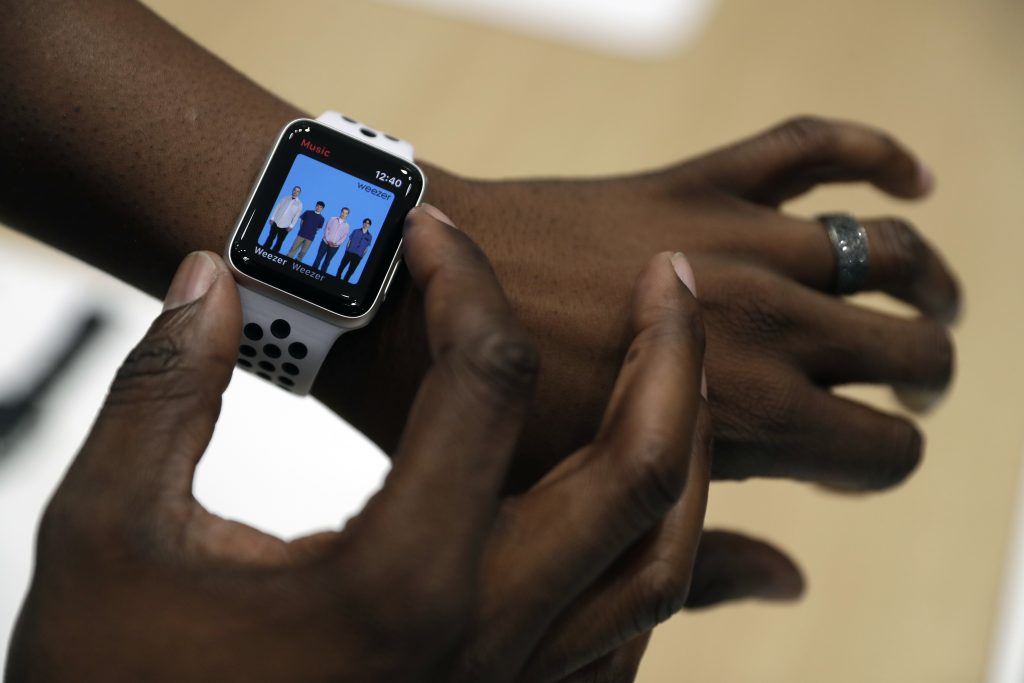 Speaking of watches: For people who still love an old-school watch, here’s a new twist that replaces the 342-year-old spring-balance mechanism…Those foul-mouthed geniuses at South Park opened Season 21 with a running prank that activated peoples’ Alexa, Siri and OK (Google’s AI) with vulgar suggestions…The newest Silicon Valley diet: Don’t eat. Or at least eat very little…Here’s an interesting story about a guy who made a Twitter bot named Kevin…And here’s a real robot dog that rolls over and faints if you have smelly feet.