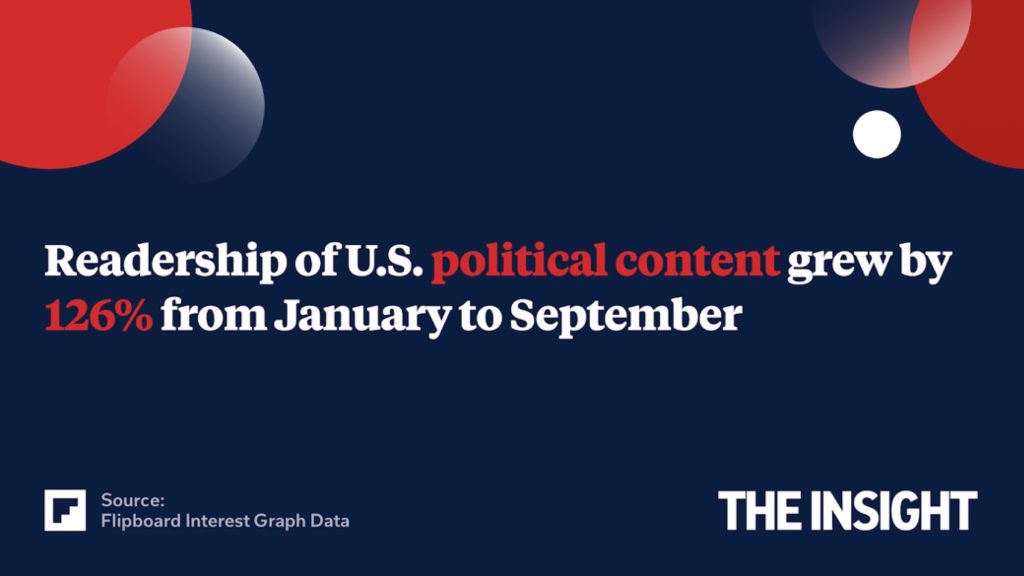 According to our data, readership of U.S. political content grew by 126 percent from January to September—an indication that people are engaged and paying close attention to the issues ahead of the U.S. 2018 midterm elections on November 6.

With voting already underway in many states, we took a deeper look at how people engage with political content on Flipboard. Some of the questions we asked ourselves included: What are people reading about? How do political interests differ by gender? What kind of political content are millennials most interested in? We wanted to share highlights from what we found. 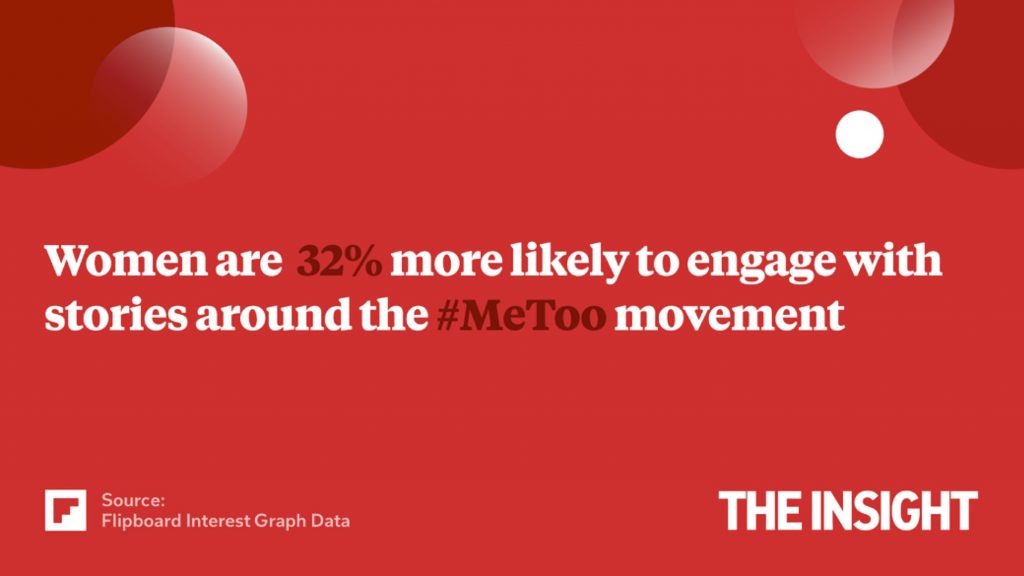 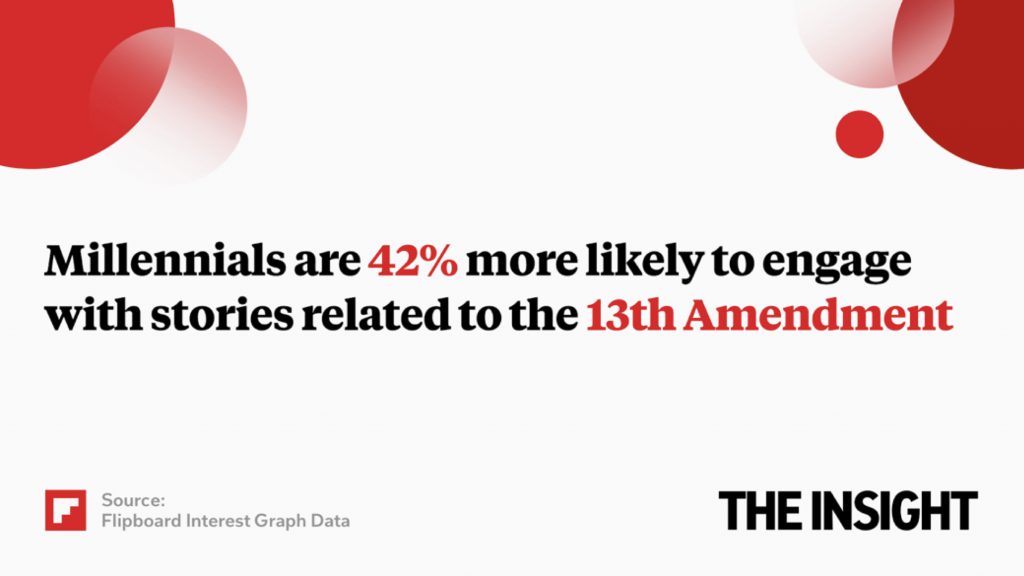 Millennials are focused on social justice this cycle

When we break down reading habits around politics by age, we find that millennials engage with more political content related to underrepresented groups and activist celebrities (e.g., Taylor Swift’s call for fans to vote) than non-millennials—this generation is more likely to read about women, the #MeToo Movement and stop-and-frisk. 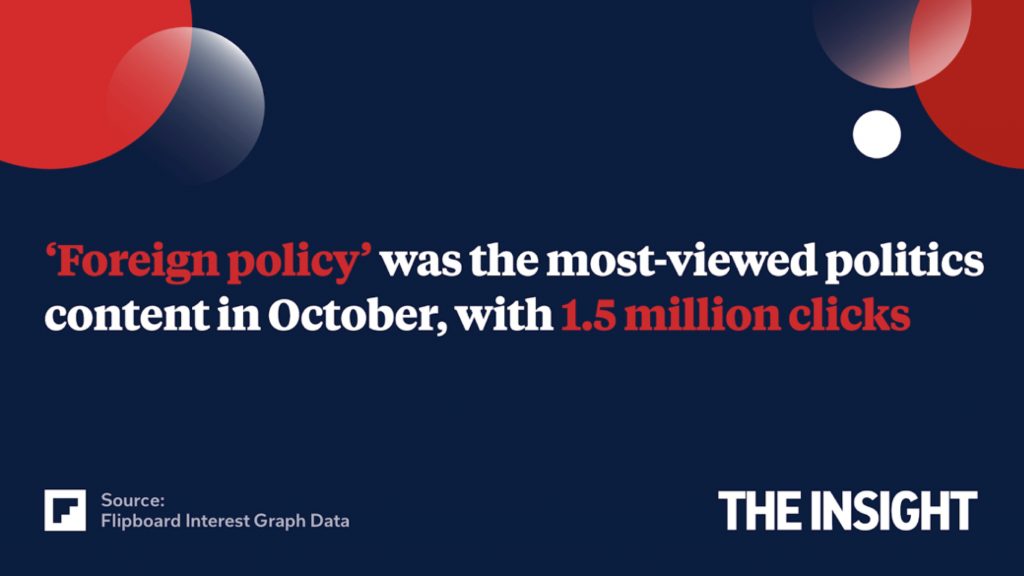 Our users are global-minded…

Flipboard users are interested in a global perspective. In October (to date), the most clicked on political topic on Flipboard was about “foreign policy”, followed by “world politics”. “U.S. politics” came in third. 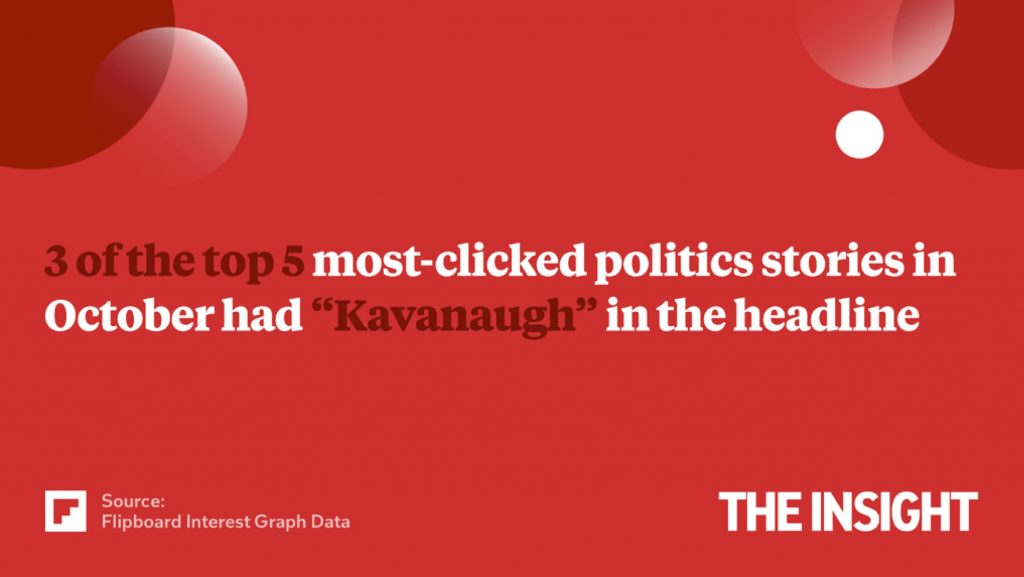 …and were very tuned in to the Kavanaugh story

Three of the top five stories in October related to the Kavanaugh hearings. The most-clicked politics story—by more than 2 times the next story—was AP’s report that key senators were undecided ahead of the vote to confirm Kavanaugh to the Supreme Court (the story has since been updated to reflect the final vote). The third most-clicked story was Bustle’s story about Christine Blasey Ford’s lawyer’s “chilling” response to Kavanaugh’s confirmation. Fifth was Axios’ report that the American Bar Association had reopened evaluation on the now-confirmed Supreme Court associate justice (The second and fourth most read articles were about Nikki Haley’s resignation and Fox & Friends’ reaction to Trump’s 60 Minutes interview, respectively).

~Ruth is reading The Insight

This report is the second in a series developed by Flipboard’s data science team in support of our editorial team, brand partners, and publishers. The first report in the series is Welcome to The Insight — your destination for advertising news, data and inspiration.