How Our News Philosophy Supports the Truth 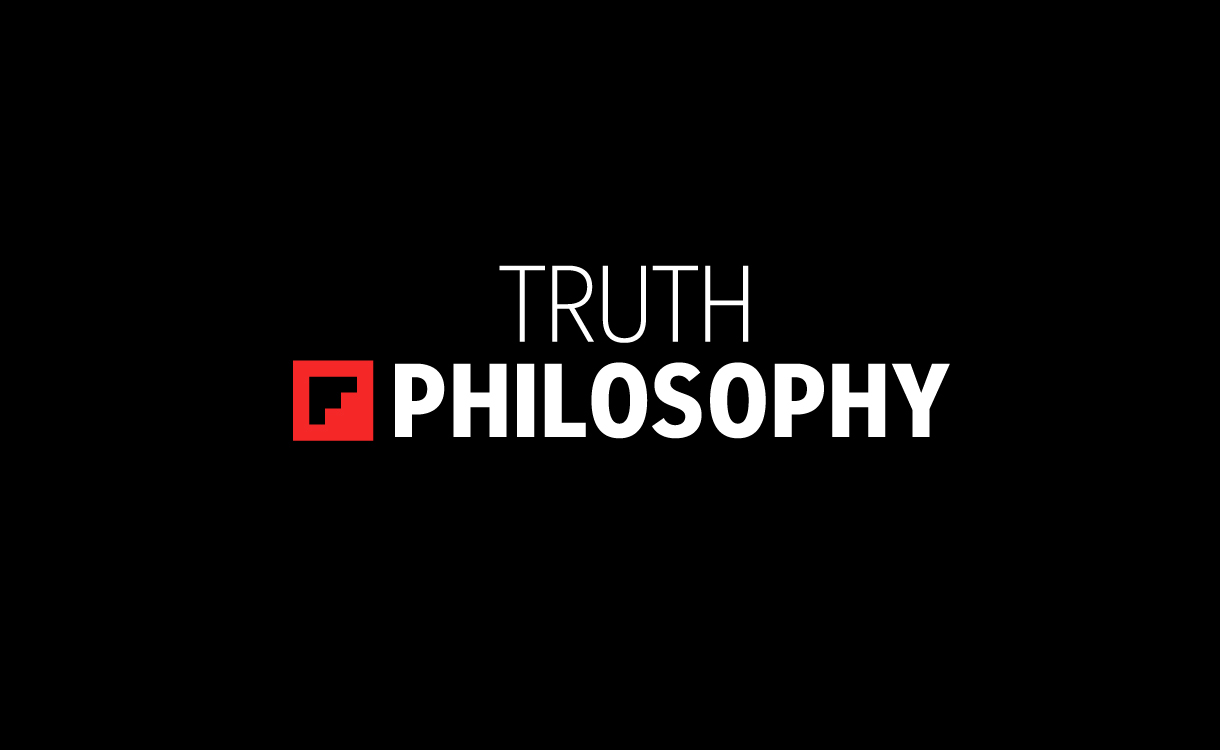 We don’t know what someone’s thinking, we just know what they’ve said. We’d rather be right than first. Lead with the most important facts. What did the other side say?

I didn’t read these journalistic standards in a book. I learned them through experience and through the words of great editors, producers and correspondents with whom I worked during my time in “traditional media” as a reporter and producer at CNN. Now, they’re the guiding principles behind the News Team at Flipboard, which I’ve led for the last three years.

At major media companies throughout our country, these principles are understood and expected. Journalists are raised to value facts, shun spin, and stay tireless along the path to the truth. When I left CNN I, perhaps naïvely, expected those standards to extend to most major companies and especially those who were partially responsible for the sharp increase in online and mobile news consumption. After all, 81 percent of U.S. adults receive news through online platforms. But in Silicon Valley I learned quickly that the media world and the tech world had not yet fully merged — at least they hadn’t three years ago.

The journey Flipboard embarked on was an effort to make a technology company with media values, to combine cutting-edge engineering with the highest journalistic standards. Three years ago our team mostly focused on the biggest news stories of the day; over time we developed packages to explain the news, and now we’re on the frontlines of combating false information.

I use the words “false information” intentionally. For us on Flipboard’s Newsdesk, it’s not “fake news” because I believe that ubiquitous term is detrimental to the plight of journalists. News is content based in fact. Lies are the exact opposite. Therefore, you can’t have fact-based lies. There is news, and then there are lies. Flipboard traffics in the former. To tie the two together is to do a disservice to credible news and play into a narrative being propagated for political purposes.

At Flipboard, we’re combatting the negative media narrative with carefully vetted top stories in news, technology, business, sports, and politics. These stories are weighed for their facts, balance, timeliness, sourcing, trustworthiness, depth and original reporting. Our curators and I read through hundreds of stories each day coming through at a constant pace to ensure our users read the best quality content in a progression, beginning with the most important. That means a piece of original reporting with the most information available from the most trusted source on the topic by the reporter with the most experience in a given area. It requires careful reading, a deep understanding of sources and journalists, and, most of all, outstanding news judgment.

After we’ve caught our users up on the biggest stories of the day, we then provide explanations for those stories, adding context to the headlines around areas of importance. In the news that means a magazine on Explainers, a magazine that goes Behind the Numbers, a magazine about People in the News and others. We’re doing similar in-depth curation in technology and sports. We want to give our readers the opportunity to be aware and informed and go deep on the issues that matter to them. That’s the strongest antidote to this notion of “fake news.” 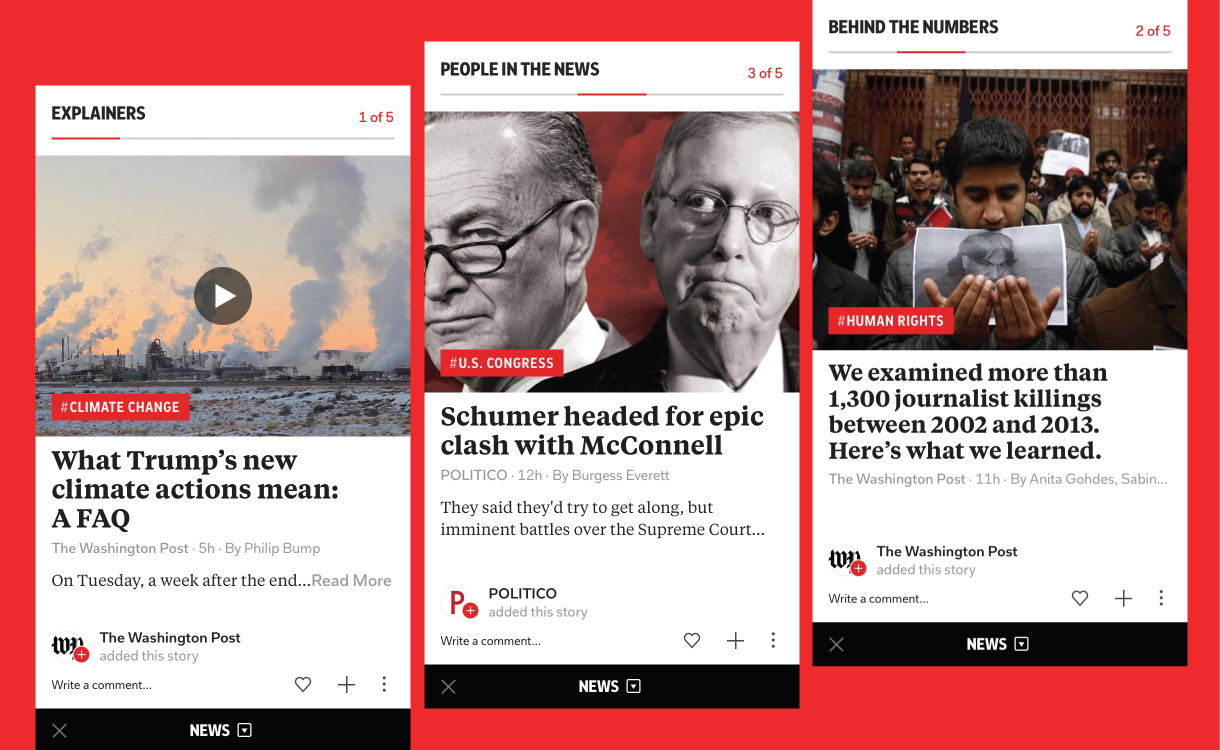 Readers need to see quality to learn what quality means. A recent survey from the nonprofit Common Sense Media showed fewer than 45 percent of American kids, ages 10 to 18, could spot fake news and almost a third said they shared information they later learned was false. Only about 25 percent of kids put their faith in news organizations, according to the same poll.

These statistics are shocking and worrisome, and we need a combination of great journalism and high-impact technology to combat this disturbing trend. Flipboard is that place.

Over the last three years, the editorial, product, engineering and design teams of our company, each with their own area of expertise, have worked together to develop a strategy for delivering quality, curated and balanced news every day. We reimagined and implemented new curation techniques to enable an all-day news experience that is nuanced and in-depth. And we were able to do this while staying true to our editorial values and the belief that great content moves the world forward and true to our commitment to groundbreaking technology and design.

It’s a daily balancing act, a daily conversation, and requires a constant drive to be better. The always bold Dolly Parton (yes, I’m really quoting her) said “Do more, be more and care more.” Though I can’t say everyone at Flipboard is a Dolly fan (though I clearly am), I’m confident in saying our employees could describe their commitment to our mission that way. I feel tremendously lucky to be the one carrying out that mission for the news on Flipboard.

This post about our news philosophy is part 1 in a three-part series. Part 2 is “The Truth About Fake News,” and part 3 is “Detecting Trustworthy Domains.“