On the Red Couch with Country Music Duo Haley & Michaels 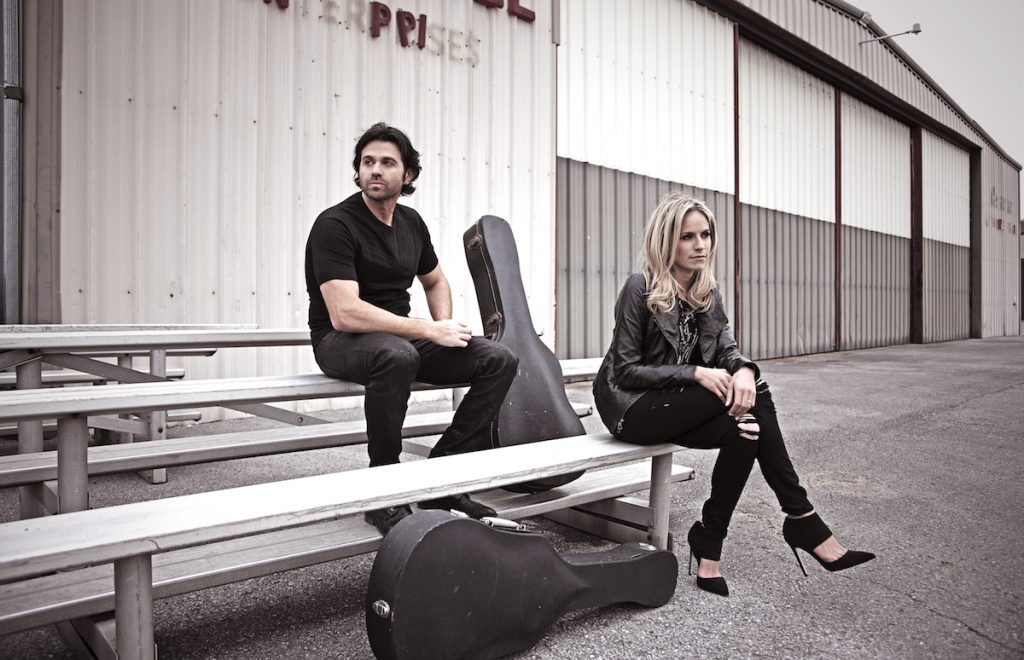 Shannon Haley and Ryan Michaels are the now-married couple that make up Haley & Michaels, one of the biggest up-and-coming country duos. The singers, performers and songwriters originally hail from California but were introduced in 2011 in Nashville. Their relationship turned from that of collaborators to life partners when they wed in 2015. They’ve since hit the country charts with what Rolling Stone described as their “introspective lyrics and arena-rock-inspired production, smoothed by the pair’s mellow, organic harmony singing.”

Their Flipboard Magazine, “Inspirational Country Duos,” pays homage to those that came before, from Tim McGraw and Faith Hill to Brooks & Dunn. In our conversation, Haley pointed to the chemistry between married couple Garth Brooks and Trisha Yearwood as a guiding example for them.

“[It] was really inspiring for me in terms of how to be authentically unafraid of your chemistry on stage,” Haley said.

Read our full conversation covering what it’s like to live and work together, their recent single “Drinking About You,” and what’s next for the duo.

When are you most inspired to write songs? Is it people, places, experiences?
RM: We’re very different songwriters. I do really well with structure. A lot of times ideas of concepts fall to me from the sky, in the middle of daily life experience. But then I actually really like to write in a structured environment because it helps me block the rest of the world out.

SH: I’m kind of the opposite. I usually like writing while I’m doing other activities. I write a lot when I’m blow drying my hair or chopping. For some reason, focusing on something else really helps.

So how do you then merge those two different styles?
SH: Usually I just bombard Ryan and interrupt his day with song ideas to drive him crazy. (Laughter) It’s actually good because each of us gets bits and pieces for songs in different ways, but we’re always able to bring those ideas to more structure environments. It kind of works itself out.

RM: I totally agree with what she said. I think there’s really no way around it. When you spend your life with someone and you know someone’s every possible intimate detail when you’re writing and when you’re performing, I don’t see how that’s not going to come through. I think it’s all the same thing.

Music is our life, music has always been our life—separately and now together. So it only makes sense that you’re kind of seeing all of it, whether we’re on stage or in an interview. I’d say we have a lot of inside jokes. Even on stage sometimes it can be a way we wink at each other or a look. There are just a lot of those things that you wouldn’t have if we didn’t know each other so well.

A lot of that sounds like trust, so how did you grow the trust between you?
RM: Well, it’s something that started right away in a new relationship. Maybe more than trust, it was hope. You’re hopeful in a new relationship, and we kind of took a leap of faith. But I would also say that that’s something that grew over time and continues to grow. You can trust someone on the smallest level, including in a writing room, to compose a word in a way you know that person would say it. There’s trust on the biggest and smallest levels.

SH: No! You know, I don’t ever worry about that. But I do think it’s really weird we don’t get sick of each other. (Laughter) I’m such an independent person, and I never thought that I’d be able to spend so much time with one person, personally and professionally. But for some reason I never get bothered by it, I never get sick of him or annoyed with him. I’m shocked.

“Drinking About You” is somewhat of a departure from your earlier songs, a bit edgier. What was the driving force behind the shift? Was it a natural progression or a conscious choice?
RM: I’m actually going to say it was a conscious choice. More so than a natural progression, it’s actually very much in mind with what we’ve always done. We went into this project knowing that we felt that there were parts of ourselves as artists that had not been represented on our recorded music. A lot of people that had been to our live shows had heard more edge and more rock; we didn’t feel a lot of that stuff was represented in our earlier recordings. So that part was an evolution, but it’s something that’s always been there.

SH: I totally agree with what Ryan said: that edge was always in us. Certainly what we’re most excited by, most driven by, are songs like that. But especially coming after our wedding song, when we sat down to write “Drinking About You” in particular, it was something that we verbalized to our co-writers—that we really wanted this edge represented because we had just done a wedding song [“Giving It All (to You)”].

Is there more that you haven’t explored? What are you thinking about next?
RM: This project is a starting point for where the ship is sailing, if you will. I think it’s definitely something you’re going to hear a lot more moving forward in the rest of our music. We’ll always be proud of our song “Giving It All (to You),” our wedding song Shannon was referring to, but that isn’t necessarily our sound, that was our wedding song. We always want to be authentic so we recorded that song the way that felt best, but that wasn’t really a representation of our overall sound. I’d say “Drinking About You” is a pretty good template. There’s another song on our new project called “All Out” that’s also like that. It’s really part of the sound we’ve developed and where it’s heading.

It’s been a banner couple of years for you. What were the biggest pinch yourself moments?
SH: There have definitely been a few highlights for sure. Playing on the TODAY show and specifically seeing Hoda on the TODAY show singing along to our song—that was probably the biggest pinch myself moment for me. Actually seeing her mouth the words… I still can’t believe that happened.

RM: I’d say it’s a tie. I totally agree with everything Shannon just said about the TODAY show, which was an unbelievable experience. Also, our debut at the Grand Ole Opry was pretty incredible. I always dreamt when I was growing up about playing at the Opry, but I never envisioned a scenario in which I’d be looking across the circle at the Opry at whoever was my wife and singing with that person. That was also amazing and surreal in a totally different way.

How do you hope you’re different or similar to the country duos that have come before you? Are there any that are inspiring you right now?
RM: We both love Brooks & Dunn. We grew up listening to those guys just rock it out. They were a really big inspiration, but not necessarily in the way you would think. They both were a huge part of a ‘pure duo,’ but in a very different way.

I think they did set a template for what a pure duo is. Now one of them was more lead singer and the other used his voice and his instrument in different ways, but they were both equally part of that show, especially part of the live show. So for us, the thing that we always try to stick to, that is truly who we are and makes us unique, is we’re a pure duo with our vocals. There isn’t a lead singer, and we really enjoy representing both perspectives, male and female. We’re able to look at all sides of things by using our voices in a lot of different ways together. But I’d say Brooks & Dunn was probably the inspiration for the idea of a pure duo.

SH: I totally agree. And then even though they’re not a duo, but we got to see Garth Brooks’s show in Vegas. We’re huge Garth Brooks fans and fans of Trisha [Yearwood]. We saw them sing a couple of songs together in that show. For me, even though they’re not technically a duo, seeing their chemistry on stage and the way that they use it, how it naturally comes out in their songs, was really inspiring for me in terms of how to be authentically unafraid of your chemistry on stage.

Follow their curation on Flipboard and keep up with country music on Flipboard by making a Country Music Smart Magazine that can be customized with your favorite artists. 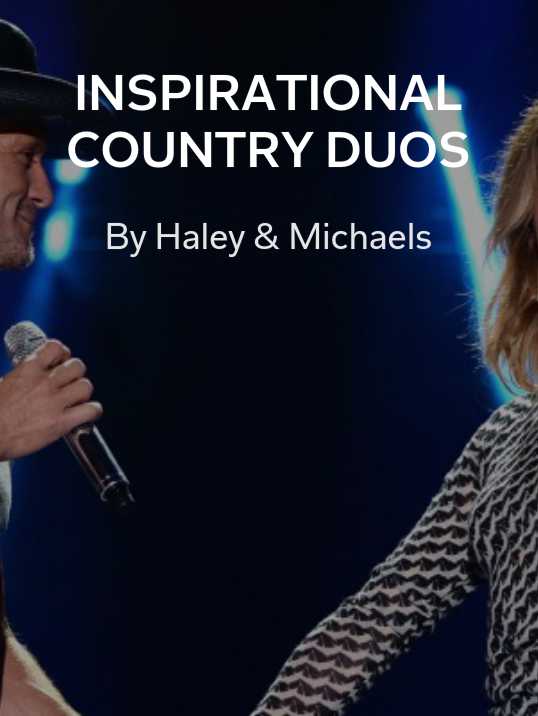