On the Red Couch With ‘Queen of Comedy’ Caroline Hirsch 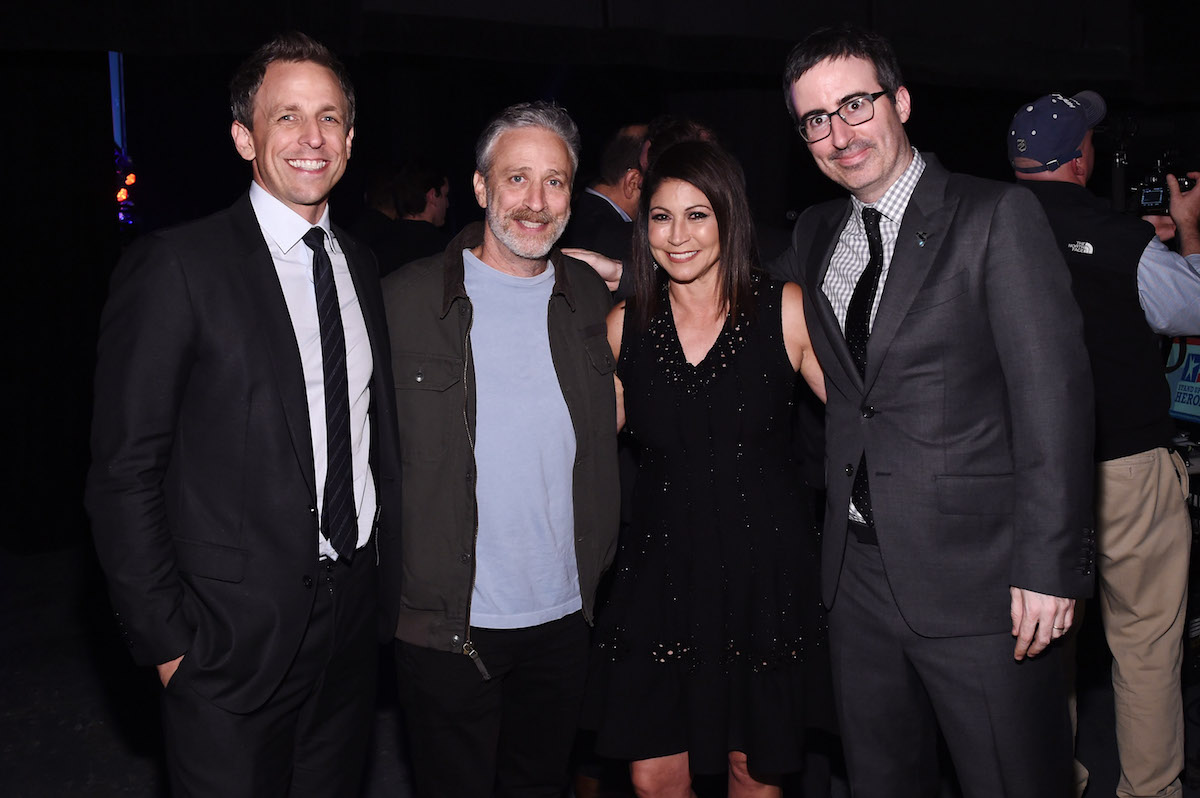 You can’t have a serious conversation about comedy legends without mentioning Caroline Hirsch.

Hirsch is the woman behind the 36-year institution that is Caroline’s on Broadway and the founder of the New York Comedy Festival (NYCF). Through her tireless work, golden ear for funny people, and the gumption to follow her heart, Hirsch helped launch the careers of a who’s who of comedians, including Ellen DeGeneres, Jay Leno, Jon Stewart, Wanda Sykes, Chelsea Handler, Jerry Seinfeld, Amy Schumer, Susie Essman and Sarah Silverman.

Her love for comedy started when she was a kid. A self-described “pop culture freak,” she adored watching TV and grew up on Johnny Carson’s Tonight Show. By the early 80s, there were so many good comics coming onto the scene that Hirsch realized a movement was afoot. Having just lost her job at the department store Gimbels, she heeded the call of friends who urged her to start a “cabaret.” The first Caroline’s, on 8th Avenue in New York City, opened in 1982. She’s been a major patron of the art form ever since, with some exciting things on the horizon—like NYCF’s partnership with Chicago-based Second City for a pop-up school of improv and standup in November, and the 11th edition of “Stand Up for Heroes,” a charity event that has raised over $40 million for wounded warriors.

It’s a pretty big jump from noticing a trend, like comedy’s rise in the 80s, to launching a nightclub that’s still thriving 36 years later. How’d you do it?
Well, it just started to grow. More and more [standups] were doing late night shows like David Letterman, and then in the mid-late 80s, the cable channels started to evolve. There were two comedy channels at the time—The Comedy Channel and The Ha! Channel—and they merged to become Comedy Central. So that helped, and then HBO, which had lot of young comedian specials. Like tumbleweed, it all just started getting bigger and bigger. 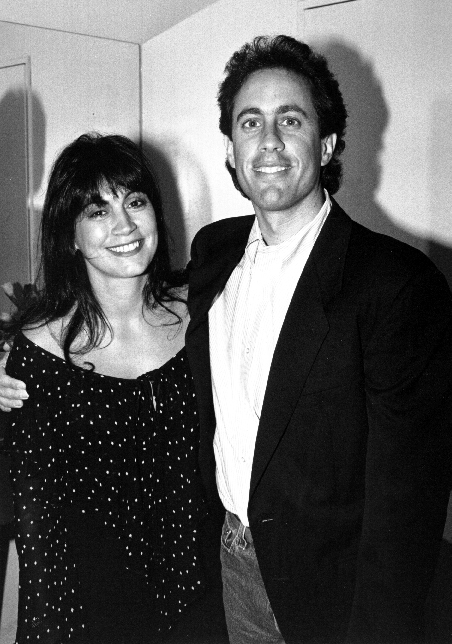 Hirsch with Jerry Seinfeld. (Photo courtesy of Caroline’s on Broadway)

Was comedy a man’s world back then and how has that changed?
It was a man’s world at times, but there were some women who ran clubs. There was Missy Shore that ran the Comedy Store in L.A. and Sylvia Friedman, who ran the Improv here in New York. But I’m one of the only women around at this point who runs a comedy club of this size and has been in business for this long.

What do you look for in a great comic?
An original voice—and the way they present the material, which is part of their voice. Taking an ordinary subject and putting a spin on it is what makes a comedian stand out. It’s simple as that, but you gotta keep on writing and writing and writing.

How have comedy audiences changed over time?
They’ve gotten bigger. (Laughs) And it’s mostly women who make the reservations to come here. They drag their boyfriends and husbands with them.

Are you funny yourself?
No. I’ve got a good sense of humor, though.

What makes you laugh?
Things that are kinda quirky or out of the ordinary. More of the high-brow, observational humor. I love that. And then there’s the ordinary stuff. You find somebody like Larry David, who makes the little things funny because we all relate to them in the same way. That’s really why someone becomes a star: they take a particular subject and they make a joke that everyone in the audience is going to relate to because everybody kinda experienced it. That’s what humor is. 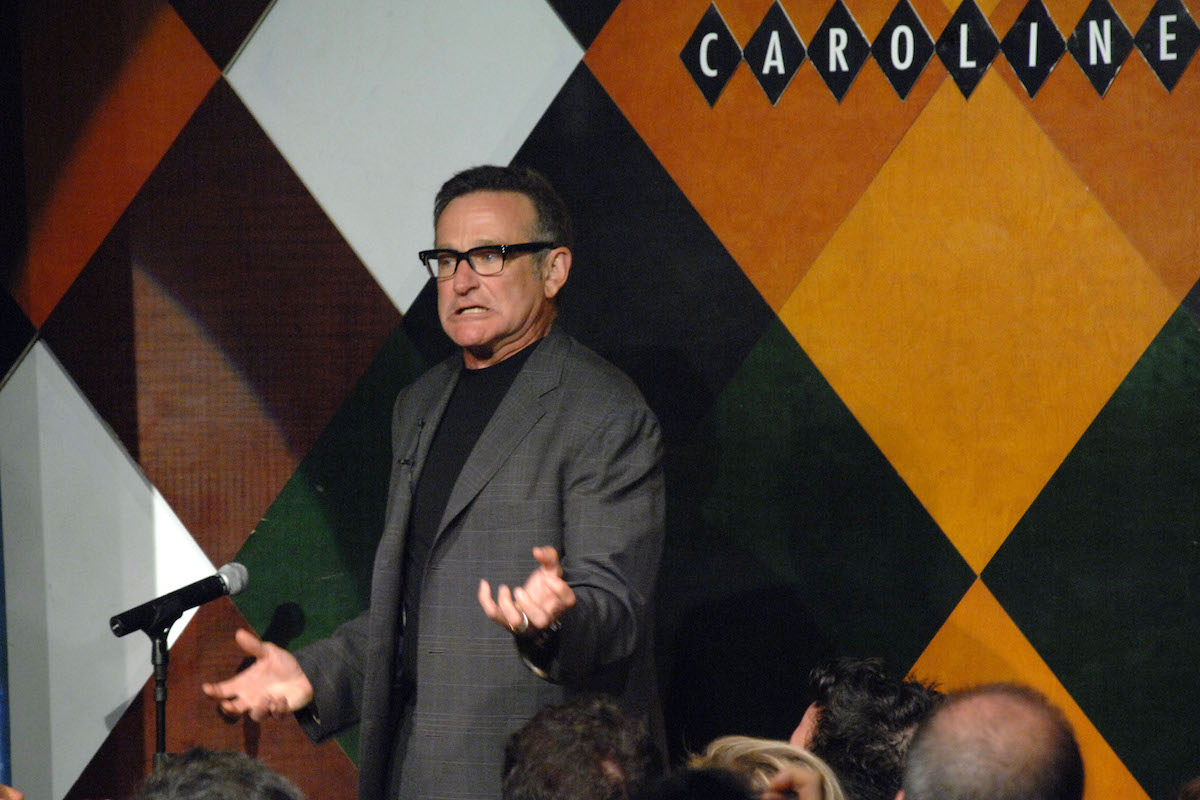 How has today’s political climate impacted your industry? Can you quantify how many jokes are political in nature vs. before Trump was elected?
See what happened to Stephen Colbert? He turned his whole show around when he went political. He’s a great commentator on Trump.

It’s been great for comedy! It’s super! How many Trump impersonators do we have? Couldn’t ask for a better time. And it’s crazy what the President’s tweets are. It’s all there.

Have you ever had Trump in your club?
Many, many years ago. He was here when he was dating Marla Maples and we were doing a charity benefit. Yep.

Who are some underrated comics that you think everyone should know?
There’s a whole young group of comics that are coming out right now. There are a few women that I like, like Liza Treyger, Michelle Wolf, Ophira Eisenberg, and Yamaneika Saunders.

Now you’re also producing a movie, Ask for Jane, slated for a 2018 release. How is making a film different than producing a comedy?
When I produce comedy, I produce something that people want to see. So when I found out about Ask for Jane’s script and the subject matter [about a group of college women who developed an underground abortion network in Chicago between 1968 and 1973], I said that I wanted to be involved with it. This young woman, Cait Johnson, put it together and Rachel Carey wrote the script. I read the script, I liked it, and I said I would help them get this made.

These are ladies in their 20s and they didn’t have to go through this yet they knew how bad it was for women who are probably in their 60s now, who were in college in the late 60s and 70s. I commend them for being young feminists. They’re cool kids.

You have a long record of fundraising and charity events. Most recently, you created “Stand Up for Heroes” to benefit the Bob Woodruff Foundation, and so far it’s raised over $40 million to benefit wounded warriors. Why is giving back important to you?
I think that everyone has this duty that once you’ve achieved success, you need to give back. That’s a rule in my mind. I’ve been involved in many charities for 30 years or so.

Take Our Daughters To Work Day is something you helped to create, right?
Well, I was on the board of the Ms. Foundation when it was created and there were many, many meetings deciding how this was gonna go, what we were doing, etc. Boy, was it successful. It was so successful that we got a lot of backlash from mothers who wanted to bring their sons. (Laughs) It was very good.

Who were your biggest influences? Some of your mentors?
I have to tell you I never really had a mentor in business. I kind of did things by the seam of my pants, learned as I went. I did a lot of research. I was a pop-culture freak. So that helped me along. Ideas came to my head and I followed through. Maybe because I was a very independent child, I always did things on my own. I’m still like that. I’m still very headstrong. I get it in my head that this notion is right and nobody can talk me out of it.

Keep up with comedy news on Flipboard by following the comedy topic or by creating a Comedy Smart Magazine tailored with your favorite comedians and genres.

~Mia is reading “What’s Funny,” which is part of The Weekend magazine