The Truth About Fake News 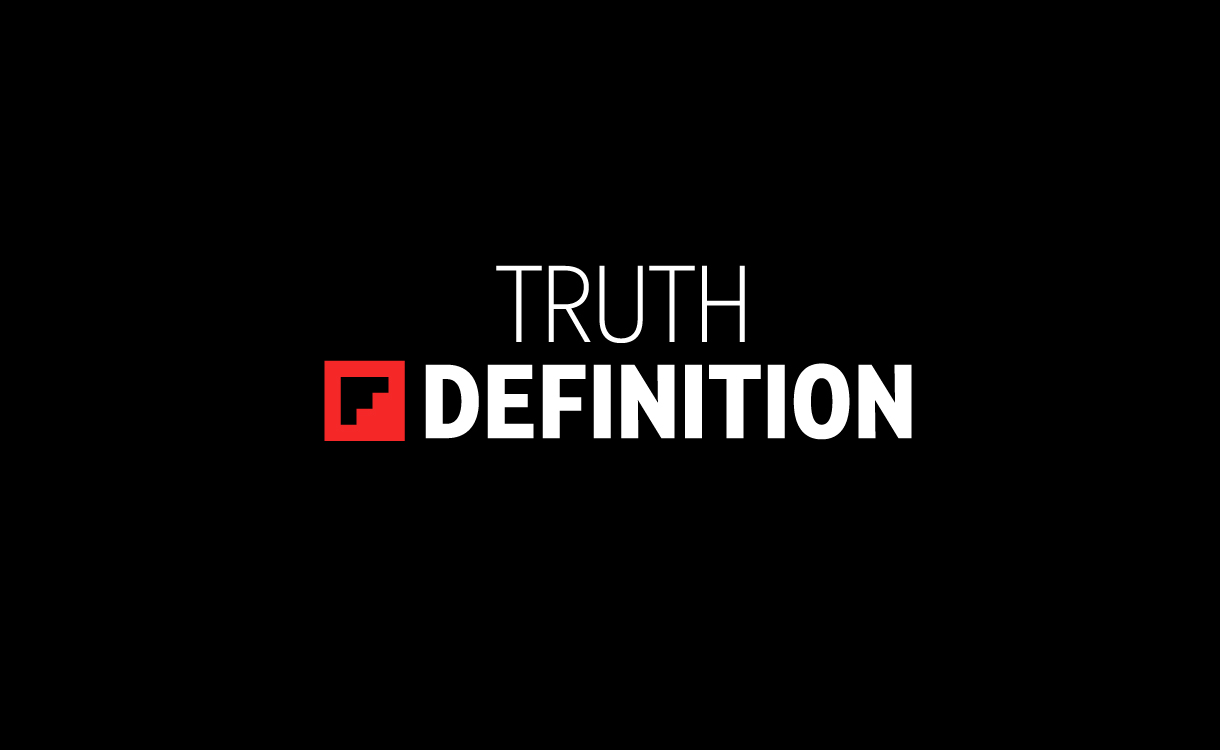 When Wikipedia started to take off as a truly credible service some years ago, I believed that finally, the world was racing toward one, glorious kumbaya moment. With the Internet being driven to every corner of the globe — and one Wikipedia for all — at last we would have a universally agreed upon baseline for Truth. How could we ever disagree about important things? And how could my wife challenge me again when I taunted her about how the active ingredient in fancy perfume used to be whale vomit?

But so far, it hasn’t turned out that way. In fact, for months now it’s felt like we’re living in a hellish, ranting, Tower of Babel, with no one speaking the same ideological language and each of us in near-violent disagreement. One can find “evidence” of any theory one wants online. The Truth is more elusive than ever. And worst of all, we’re grappling with an emerging and seemingly endless spew of “fake news.”

Fake news is something that we’ve been talking about a lot at Flipboard lately. We’re a platform whose human editors and algorithms work to try and find, amplify and distribute publishers’ best work. We also have a global community of millions of magazine makers who mine the wider Web for its hidden gems and add them to Flipboard. That’s the point of our collective work: Together we’re building a rich and variegated corpus of stories from across the world — important stuff that people can rely on. Not coincidentally, it reflects our credo: “Great stories move the world forward.”

To that end, we believe that we have a duty to our readers to help separate the good stuff from the bad — and not only separate it, but promote the former and squelch the latter. But how?

It starts with a definition of fake news:

Fake news is any content, regardless of its substance, political stance, or source, from any publisher, that appears to intentionally deceive its readers with information it purports to be true. As such, it is fundamentally at odds with Flipboard’s mission: “Great stories move the world forward.”

Emphasis added. Like spam or phishing or three-card monte, Fake news is a deliberate intent to trick people into thinking something is true, with the goal of getting them to act upon it.

When you look at it that way, it becomes much easier to spot. Fake news is not a story whose point of view one simply finds objectionable. Recently, a reader complained to us that a particular story was fake. “This is the correct article that the algorithm should have picked,” the reader told us. I respectfully disagree: Both stories are “real” news: each has its own, though very different, point of view. Neither is trying to trick the reader. 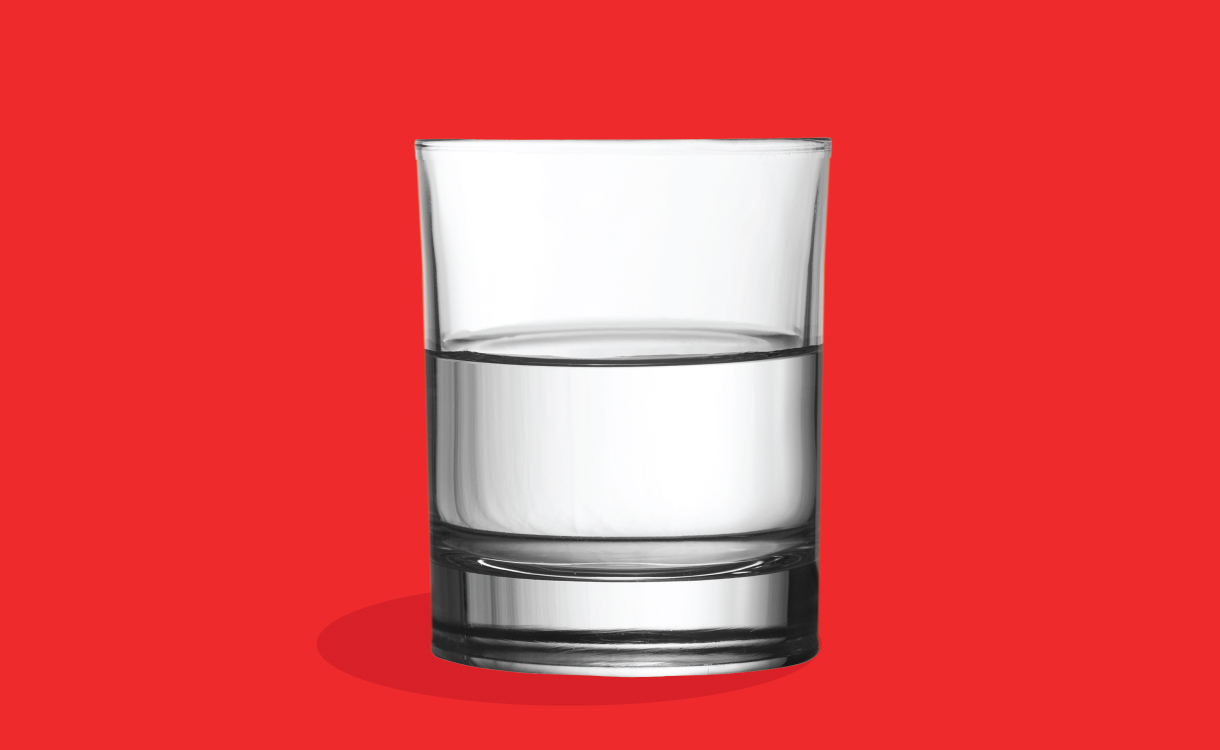 It’s a “half-empty, half-full” problem, with each side viewing the water glass in an opposite way. Each POV mostly relies on the same set of asserted facts; should errors be discovered, I imagine either publisher would correct the record. And for our part, at Flipboard, we definitely want to surface stories from a wide variety of reputable sources, with different viewpoints. Because that’s how educated people make decisions. We don’t want to decide for you whether the glass is half empty or half full.

But we also don’t want to promote or even distribute stories from sites who want to trick the reader into thinking the glass isn’t really a glass at all but a canister of liquid plutonium that Candidate X has sold to Martians to finance an invasion of Earth. There have been some amazing reports of people publishing fake news articles to make money. And did you read that thorough deconstruction of the fake news cycle of tweets and stories that led to Pizzagate? And the recent 60 Minutes piece. There are and will be countless other reasons and ways for people to try to trick us in our networked world. But from our perspective at Flipboard, we don’t need to worry about the “why” of it — we just need to spot and stop the trickery.

How? It starts with our community and giving them the tools they need to report suspect stories when they see them. You report them within the app as objectionable, and we’ll take a look. To butcher Justice Potter Stewart’s famous quote, We know fake news when we see it, i.e. “Any fool can see that this glass is not a canister full of liquid plutonium that Candidate X sold to Martians, etc.!” Keeping Flipboard’s sources of stories “pure” is of paramount importance to us; we rely both on our community curation — millions of users who flip stories into their magazines every day — and on our editors who package and surface the best stories of the day.

Of course, appearances can be deceiving. Some incredibly important stories, when first reported, often appear stranger than fiction. (“Turn on the TV right now! OJ Simpson is in a Ford Bronco being chased on the highway by police.”) So when users bring suspicious stories to our attention, we look more closely for some of the other warning signs that fake news sites exhibit:

If we determine that a site is propagating fake news, we will put it on a list of suspect domains. Users can still add stories from those sites to their own Flipboard Magazines, but we won’t knowingly promote or surface stories from that site to other users. (And by the way, if there are sources on Flipboard that you simply can’t abide, you can mute them. You can also stick your head in the sand.)

Maybe some day all of us will figure out a way to agree on the Truth. In the meantime, Flipboard will do its best to keep it real.

This post about the definition of fake news is part 2 in a three-part series. Part 1 is “How Our News Philosophy Supports the Truth,” and part 3 is “Detecting Trustworthy Domains.“