Consciousness hacking and tech’s search for your soul

A group of techies got together in San Francisco last week for a light little something called “UnPanel: Leverage Points for Uplifting Humanity.” The goal was to discuss how humanity can shift from “an extractive (selfish) to an additive (selfless)” mode—and save us from ourselves in the process.

They wouldn’t have been there without Mikey Siegel, founder of Consciousness Hacking SF, the Meetup group that hosted the event (and with whom The New Yorker spent an interesting evening a few years ago). The former MIT robotics expert is an “enlightenment engineer”—someone who believes that our happiness and our technology are bedfellows.

“Can we imagine the devices on our desks, in our pockets, and on our wrists actually helping us right now in this moment to bring us back to this experience and to help facilitate the deepest most profound experience of life?”—Mikey Siegel, TEDxSantaCruz

That sounds like a great idea—if only this phone would stop pinging, this inbox would stop rising, and Slack would stop going all 🔴 on us. With so many distractions, it’s hard to imagine how technology can nourish the soul and help us feel more present.

And yet, that’s exactly what’s happening these days. Silicon Valley is becoming obsessed with new software and hardware “solutions”—transformative technology—that propose to help us transcend the very anxieties that the modern world imposes on us.

Americans spend more than 10 hours a day staring at a screen, and smartphone addiction is changing our brains, harming our teens’ mental health, and creating a whole detox industry. That’s nothing to say of the impact tech has had beyond our own chemistry, influencing everything from the U.S. General Election to how we shop, learn and communicate.

We’re bleary-eyed, our thumbs ache, and we’re more than a little fed up.

And yet, in typical Techland fashion, entrepreneurs are rolling up their sleeves and trying to debug the global machine before it spins out of control. Want proof? Earlier this week, The New York Times reported on how Esalen, the Big Sur center for self-actualization, has reopened with a new mission: “helping technologists reckon with what they have built.” In fact, the hippie institution’s new executive director, Ben Tauber, used to be a product manager at Google. (Don’t spit out your kombucha all at once.)

“It’s about putting Silicon Valley back in their bodies…Everybody’s got a soul. It’s about finding it.”—Bodhi Kalayjian, Esalen baker and masseuse, former Google chef

The idea is to find one’s soul—then hack and optimize the crap out of it. There’s almost no one who’s more serious about this than Tim Ferriss, entrepreneur, author and student extraordinaire of the most successful people’s hacks and habits. In studying common threads among 140 highly productive and fulfilled humans for his new book, Tribe of Mentors, Ferriss found that mindfulness and meditation is something they all have in common. 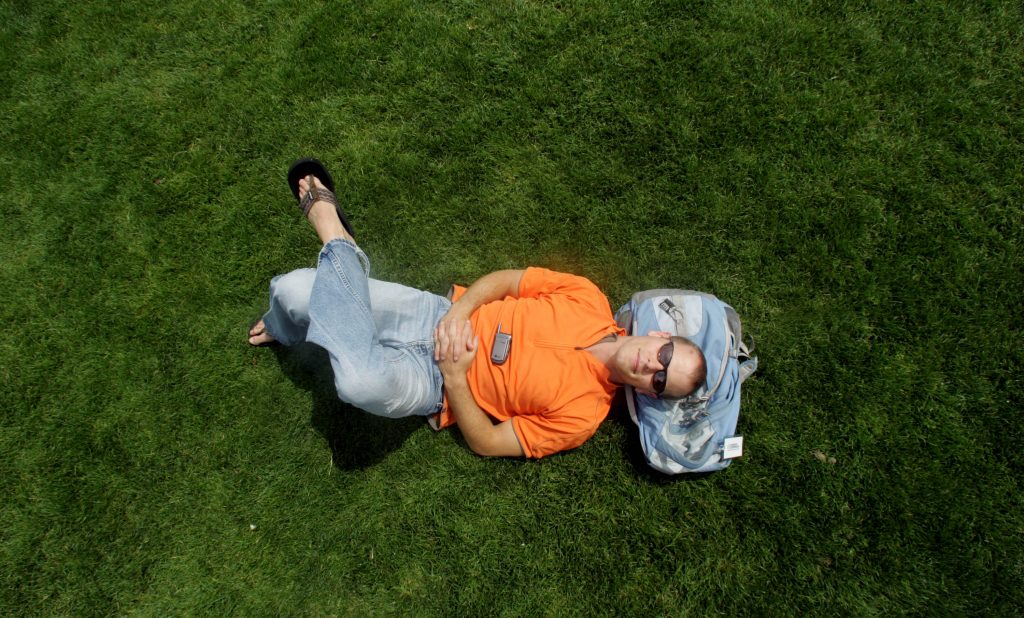 Ferriss recommends listening to Tara Brach’s 2010 Smile Meditation first thing in the mornings, “as many icons do.” Meditation is the chicken soup of our time—a panacea for stress, anxiety, anger and depression that costs nothing, needs no equipment, and can be done anytime, anywhere. And yet it’s a billion dollar business, with conferences and meditation tech sprouting faster than you can say “namaste.”

Consciousness hacking is a natural progression from meditation—call it Meditation 2.0—and it’s tech’s new frontier. Wired UK explains that the movement is driven “by a decade-old revolution in neurobiology and brain imaging that lets us look under the hood at mental states, figure out where they come from and how to get more of them using new tech.” In other words, by understanding neural triggers, we can get the benefits of deep meditation more quickly, precisely and without all that boring sitting there.

“Want an out-of-body experience? We have virtual-reality simulations for that. Want to be smarter and happier? You can learn to quiet your pre-frontal cortex—that inner critic—and access more of your brain’s attention-focusing norepinephrine.”—Kevin Gray, Wired UK

Meditation 2.0’s spiritual home seems to be in the pocket or on the wrist. There are over 1,300 apps dedicated to meditation in the AppStore alone, including the ubiquitous Headspace (here’s a fresh take from Ars Technica); Calm, which this week won iPhone App of the Year from Apple; and 10% Happier by ABC News journalist (and Flipboard curator) Dan Harris. There’s even an Apple Watch app to remind you just to breathe, and for the DIYers The Verge has instructions for how to build a paper lotus lantern-bot that helps with mindfulness breathing.

But how do you really know if any of these things are working? There’s a lot of new New Age hardwear on the market for that. Start with Deepak Chopra’s $350 meditation glasses—or maybe not since Gizmodo panned them as a “knockoff acid trip” (after all, the Valley’s already got that covered). Or try turning yourself into a yoga cyborg. Outside finds value in products that claim to be “the FitBit of Zen,“ zoning in on the Muse EEG heart-rate monitor, which pairs with an app and plays soothing sounds from your phone while the headband measures your brainwaves. Thync actually influences your brain’s adrenaline system to trigger sensations like calm or energy.

Naturally, the backlash has begun. The Guardian says to pause your Headspace app; sophrology, a simple IRL technique from the 1960s, is the new mindfulness…For future reading on peak performance and the deep potential of our brains, see Stealing Fire: How Silicon Valley, the Navy SEALs, and Maverick Scientists Are Revolutionizing the Way We Live and Work…Here’s why morning routines matter…Biohack your body, but how about your java? Meet the guy who created bulletproof coffee…Here’s how to do an energy audit and build your day around your sleep habits…

P.S.: Our Editorial Director Josh Quittner will be back next week! If you or someone you know wants to get his weekly reader via email on Saturdays, all you have to do is is get an account on Flipboard, and follow Technology. We’ll take care of the rest.