How tech is breaking the bank

The 22.6% drop, known as Black Monday, was the biggest decline ever recorded on Wall Street. The culprit was an algorithm run amok: software automatically started selling off futures when the market fell, fueling a flywheel that flew off its axel and started a global financial meltdown.

These days, the stock market has been wheeling to historic heights. But, while the software systems that precipitated Black Monday were fixed long ago, the banking industry is facing problems that are far more existential: Techland is doing to finance what it did to media and retail—it’s disintermediating it.

We see the symptoms from one end of the industry to the other. Already, fintech’s “robo advisors” are nibbling away at the margins of big banking’s consumer business. These artificial intelligence agents help people manage their portfolios and personal investments, with little need for human intervention. Bloomberg, citing a recent “Bankosaurus Innovation” report, wrote: “Big financial firms including Bank of America Corp., Barclays PLC, Wells Fargo & Co. and UBS Group AG are ‘soberingly behind actual tech companies’ in showing they’re embracing advances that power fintech.”

Disrupting the high end of the market is blockchain, the revolutionary technology that allows people to access shared, massively distributed public ledgers. Those ledgers can be used for everything from small person-to-person “smart contracts” to international bank-to-bank fund transfers. Blockchain gets rid of the middle men—banks, lawyers, escrow agents, be damned. The tech is also driving the cryptocurrency revolution, which is threatening to reinvent money.

And the most interesting part of all this upheaval (to me, anyway) is that  Silicon Valley is being disrupted, even as this new tech is defenestrating Finance. 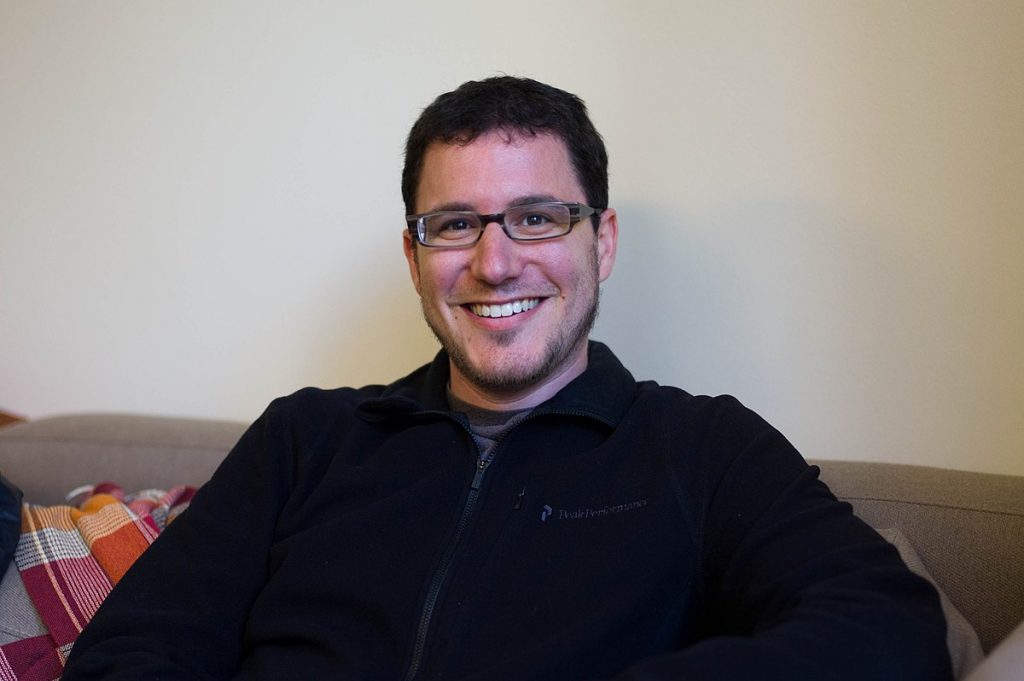 Last week,  Eric Ries, an entrepreneur and author of The Lean Startup, launched a new kind of stock market—the aptly named “Long Term Stock Exchange” (LTSE). Ries points out that there’s been a 50% decline in the number of public companies during the past 20 years due in part to the out-of-whack way the public markets are currently structured. The LTSE is a way to fix that, by funding new companies while discouraging the kind of quarter-to-quarter, short-term thinking that rewards cynical corporate governance. Instead, the LTSE aligns founders’ and investors’ interests with building real, solid, long-term businesses.

Among other things, the longer an investor holds onto her shares, the more voting rights she’ll accrue (known as “tenure voting”).

The LTSE is designed to remove the short-term pressures that plague today’s public markets and reorient companies and investors around long-term thinking. Through brand new listing standards, software tools, and advocacy, we’re reinventing the public company experience with novel approaches to executive compensation, shareholder voting, disclosure practices, board and stakeholder policies, and community governance.—Eric Ries, founder of the LTSE

Ries says he intends to file regulatory paperwork by the end of the year with the Security and Exchange Commission to get his for-profit exchange off the ground.

Some of the biggest names in Silicon Valley venture are backing Ries’s enterprise, including Marc Andreessen and Reid Hoffman, the Coke and Pepsi of tech entrepreneurialism, as well as Peter Thiel’s Founders Fund. According to the Wall Street Journal, some $19 million has been raised so far.

The WSJ notes that “skeptics wonder whether the LTSE is just another way for tech founders and elite Silicon Valley investors to maintain control at the expense of other shareholders.”

Maybe. If I didn’t know better, I’d also think that the Long Term Stock Market (and other new-fangled funding experiments VCs are floating of late) are hedges against the recent rise of Initial Coin Offerings, a trend that’s disrupting the traditional Initial Public Offering. (I’m told that investment discussions, if not outright investment in Ries’s company, began well over a year ago, before ICOs became a thing.)

Despite SEC concerns and allegations of fraud, ICOs are all the rage out here. And the trend doesn’t bode well for venture capital, which funds risky startups with the expectation that those companies will be acquired or go public via an IPO. Crypto-savvy startups have been financing their development by issuing their own currency, which threatens to render old-fashioned venture capital as useful as a floppy disk.

And it’s not just startups. Big companies such as Disney and Burger King, as well as whole countries, such as Estonia, are dabbling in ICOs, too.

“Many financial services CEOs would do well to appreciate Jeff Bezos and Elon Musk and find ways to develop a long-term mission and core technology advantage for the next generation of clients, employees and shareholders.”—Lex Sokolin, Global Director of Fintech Strategy at Autonomous, via Bloomberg

Students of the innovator’s dilemma know that the best way to avoid being cannibalized by others is to do the job yourself. While Jamie Dimon, CEO of J.P. Morgan, may be taking to the stump to rail against the evils of bitcoin, his bank is knee deep in blockchain, the technology that made bitcoin and other cryptocurrencies possible. Goldman-Sachs, too. Likewise, both Andreessen and Hoffman were big, early investors in bitcoin and blockchain-related tech companies.

But, like Frankenstein’s monster, disruptive technologies have no loyalty to the people who brought them into this world. As Andreessen himself can attest, plenty of media companies got behind his ur-browser, Netscape, back when it seemed like an adorable new widget that might, some day, have interesting applications in, say, publishing.

Technology may be feasting on Wall Street now. Will Silicon Valley be dessert?

We actually use it. It will be useful for a lot of different things…God bless the blockchain.—J.P. Morgan CEO Jamie Dimon, via The Wall Street Journal 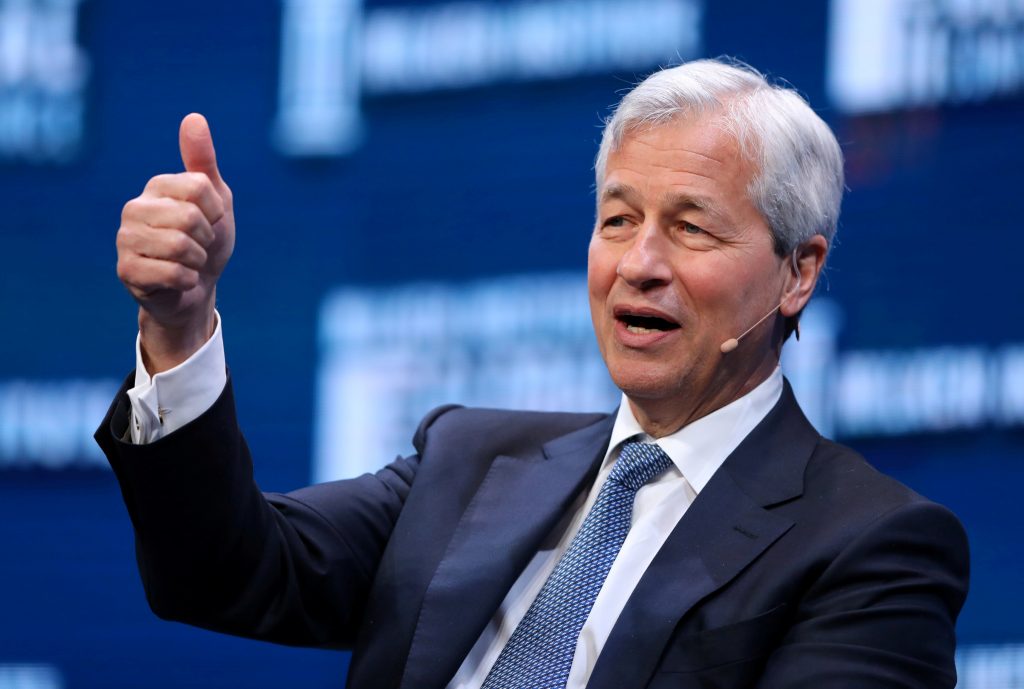 Jamie Dimon, Chairman and CEO of JPMorgan Chase, is bearish on bitcoin but bullish on blockchain. Photo via REUTERS/Mike Blake

“Bubbleproof” is an amusing mockumentary made by Silicon Valley people, probably for Silicon Valley people. You can watch the first four episodes (and read about it) over at TechCrunch…For the first time ever last week, Blue Origin, Jeff Bezos’s space exploration company, fired up the BE-4, the core of the propulsion system that will power its re-usable, orbital spaceship…Ever since Dropbox bought, then ruthlessly killed Mailbox, I’ve been looking for a mobile email client as good. Boomerang’s new mobile client, though a bit buggy since it’s still in beta, is the next best thing…Coda is a new kind of productivity app that’s both a spreadsheet and a word processor. (Congrats to Flipboard alumnus Filipe Fortes, who’s been working on this for a while)…The Mac Mini is alive. Long live the Mac Mini.