Media Literacy in the Era of Fake News: A FlipEdu Discussion at SXSW EDU 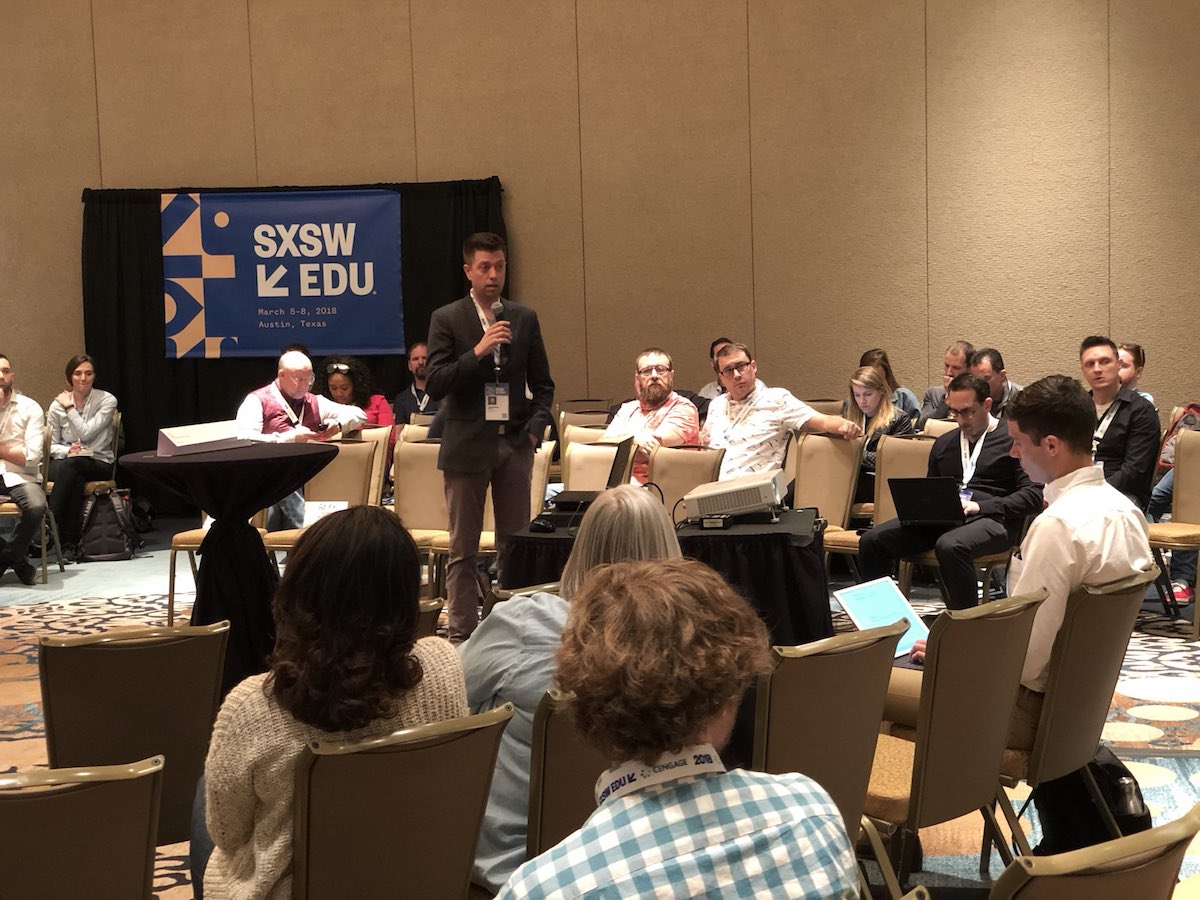 Jonathan Rogers, a journalism advisor at Iowa City High School (and Flipboard curator) led a campfire chat at SXSW EDU on Wednesday about a subject near and dear to our hearts: “Media Literacy in the Era of Fake News.” If you’re not in Austin for the conference, we’ve recreated a version of it for you here, featuring Rogers and Julie Smith, media literacy professor and author of Master the Media: How Teaching Media Literacy Can Save our Plugged in World.

What is media literacy in the first place?
JS: For me, it’s the ability to critically consume and evaluate and analyze media messages for authenticity and accuracy—it’s a skill. It’s a filter that you install [in your brain] and you run everything you consume through the media through that filter, if that makes sense.

Totally. What are some examples of this today?
JS: Well, I think we’re living in an age where we’re more interested in what we believe than what is actually true. With so many people believing news items or information posted on Facebook as actual news, it’s important that we stop and recognize that, first of all, on our social media networks we tend to congregate people who think and believe the way that we do, and that many times we’re in echo chambers. So if we see a piece of information, especially about a politician that we either love or hate, we’re less likely to validate that information or check for authenticity if we want the message to be true. Then, in the echo chamber atmosphere, that sort of thing goes viral.

Being media literate is much more than just trying to figure out what’s real and what’s not in the news media or in social media. It’s the ability to watch a movie and understand that it’s a dramatized version and not actual fact of what happened. For example, the economic structure of Hollywood is such that they make stories the way that they do in order to make things more dramatic.

What’s the economic structure of the news? Why do they show us what they show us? To keep us watching. What role does advertising play? You want to constantly ask yourself questions about the messages we’re receiving.

The most recent research says we’re spending between 11 and 11-and-a-half hours a day consuming electronic mass media but in schools we’re not teaching kids to stop and reflect on what this means. Do the kids understand that media itself—the media as a social institution—doesn’t exist to educate or inform or entertain, it exists for commercial enterprise? There’s so many things about the whole structure and process that I don’t think they understand. And yet, our teachers are under so much pressure to teach everything else, the big obstacle is where do you put it in the school day? And that’s kind of my mission: I’ve traveled around doing professional development for districts, showing them how they can insert media literacy into what they’re already teaching, every classroom, every day, no matter what the subject is. 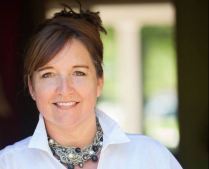 You can analyze the studies in the news to see if they were done following the scientific method.

You could get the students to figure out why news about climate change dropped significantly in 2017 when it was a huge story in 2016.

If you’re an English teacher, you can have students analyze the hot words in photo captions or headlines.

If you’re an art teacher, you could talk about why certain shapes and certain graphic designs are branding. How quickly do we recognize brands? What does it mean?

If you’re a music teacher, you can talk about the role that music plays in telling a story and talk about how music itself changes the actual story.

If you’re a math teacher, you can talk about how visual graphs and charts can be misleading and how to create those.

There’s a thousand different ways that you can already insert media literacy into what you’re already teaching.

Does how you teach media literacy vary by age group?
JS: What it boils down to is basic questions, and whether you can phrase the questions based on your audience. Who is the center of the message? What’s their motive or intent? What tips and tricks do they use to get their point across? Who’s profiting from the message? Who’s left out of the message? How would other people interpret the message differently than you? Those are the basic media literacy questions. I’m sure that a K-5 teacher would know exactly how to word those appropriately for that age level. Do you know how to do that, John?

JR: Yeah, there’s lots of things that you can do to teach media literacy. One of the best ways is to actually have them do journalism. I went in to my son’s third grade class last year and just taught them a little bit about how journalism works. They work on a kid blog, and they can look at what are the different sources of information online and begin to think about, “Hey, how can I find truth and find out what’s going on in the world?” That’s really the basic building blocks of media literacy, and it’s really fun with elementary schoolers.

How do you keep these lessons politics-and-cynicism free? How do you keep them positive and upbeat?
JR: I avoid getting into that sort of stuff with “I am not here to tell you to tell you what’s true. I’m not here to tell you where to get your news—that is your job as a student and as a person in a democracy. I’m just going to show you [that] these sites are known as liberal and these sites are known as conservative and you should know that there’s a lot of slant and bias and opinion on the Internet. It’s not as important where you get your news; what’s important is that you know where your news is coming from so that if you’re a liberal, you can jot over to the conservative waters once in a while, and vice versa. So by putting it out there right at the front, I’ve never had a problem.

JS: I tell my students that I feel like if I’ve done my job correctly if at the end of the semester they have no idea how I voted, because there’s so many great examples from either side of the political spectrum to show misinformation and manipulation and fake news and all of that. But like John said, I think it’s much more important to know your source and acknowledge your source than it is to certainly get your news from one source. That can be dangerous.

JR: Every time I go into a school or a group of new students, I ask: “Hey, has anybody taught you anything about how to find news online, or what’s real or what’s fake?” and 99% of them say “I’ve been taught absolutely zero about this.”

JS: What’s interesting is that my students—I mainly have made media majors in there, primarily freshman—go: “The news is biased.” And I always respond: “Why do you think you’re entitled to objective news?” In most cases, if the news is produced by a human, there’s going to be some subjectivity in it. So then the question isn’t “Why is the news so biased?” The question is, “How can I balance my media diet so that the bias doesn’t influence me without my knowing?”

Al Franken has this great quote (before he was involved his own tornado), but he said, “The news media does not have a conservative bias, it does not have a liberal bias, it has a commercial bias.” When we look at it from that viewpoint—MSNBC is playing to their audience; Fox is playing to their audience, to keep their audience from changing the channel—then it makes sense. If you just go to a couple different sources, they all use the same information, they just kind of order it in a different way or change the words… 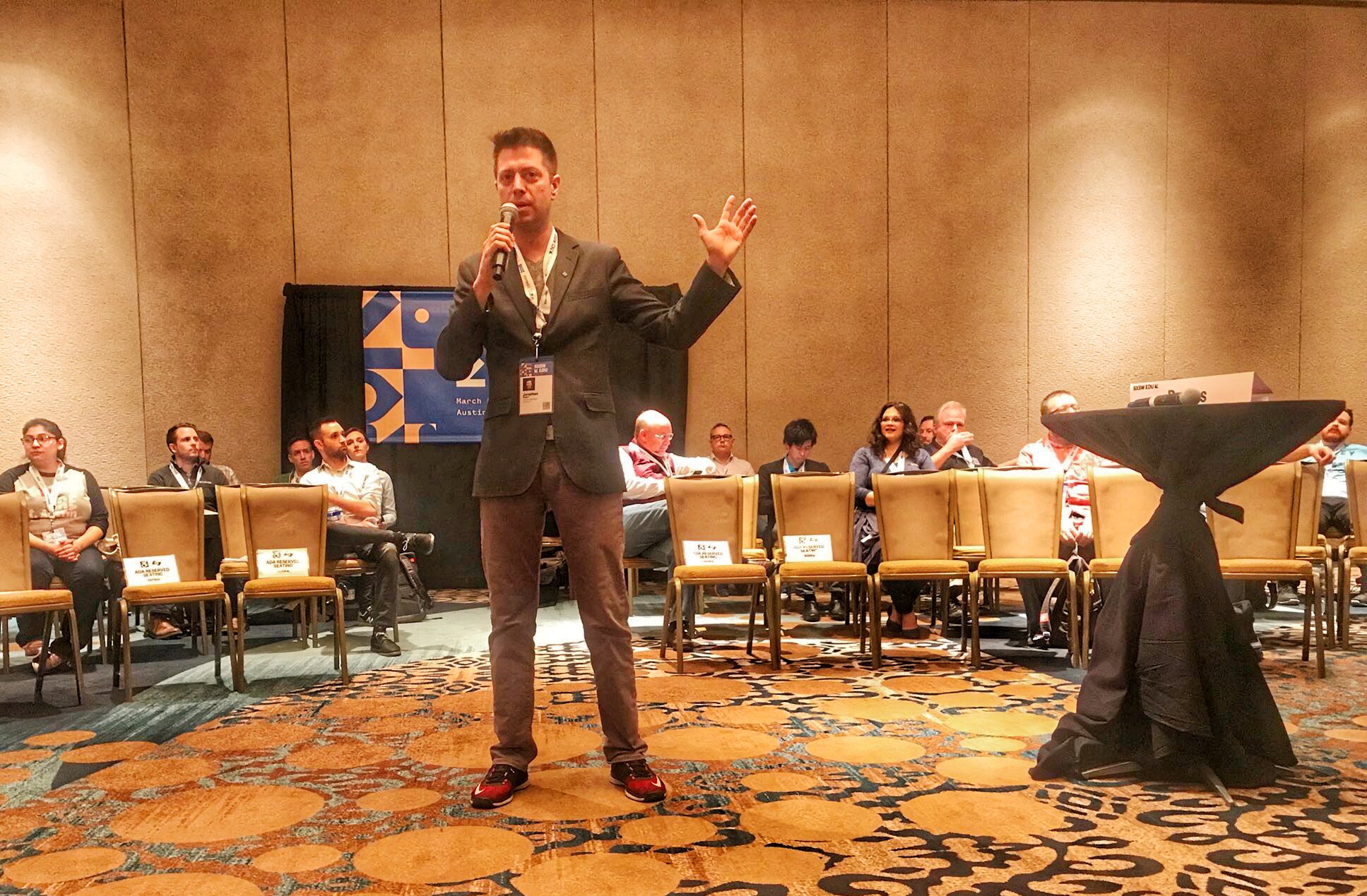 How do you think social media makes all this more complicated?
JR: Everything on social media is opinion. There’s far less news and you get in your bubble. It’s that circle. It’s just opinions and bubbles.

Earlier, we were talking about fake news and Julie said she prefers to call it “misinformation.” To get that conversation on the record, Julie, I’d love to hear more about why you kind of redirected me when I used that term.
JS: Well, mainly because now we just use that term to refer to any piece of information that we don’t like. Misinformation has been around forever, but now it travels at the speed of light. We can create it so easily and transmit it globally in a matter of a second. So even though misinformation has always been around, it’s amplified now. But if we say “fake news,” it makes it sound like it’s just political information or just information that’s made to look like news, when, in reality, a lot of my students think memes are news or something on Facebook is news, so I feel that the term is too limiting, we need to broaden it. But I might be off base here; what do you think, Jonathan?

JR: I’ve gone back and forth on it. I mean, I really like the Flipboard post by one of your news editors about really not liking the term and refusing to use it. I definitely can see that argument. But honestly for me in a classroom, I’m not gonna use it—it’s kinda counterproductive in a way; it kind of gives it more power by not using the word. So I joke about, like, “‘Let’s find the fake news of the day when we get on Snopes or whatever.”

JS: I would use the term “fake information” just because I think so much of it is not necessarily packed with a news item. But whatever it’s called, it’s horrifying.

What’s your outlook on the future of this topic? How do you stay positive?
JR: Julie and I are getting to go around and talk about this, which is great. I’ve got CBS News coming into my class later, and the Washington Post…I’m all for student voice and media literacy and it’s exciting that it’s trending. It’s kind of sad what it’s trending for.

JS: Listen, Donald Trump is the best job security I could ask for. Seriously! Like I had 74 gigs last year, Mia, of people asking me to come and either teach students or teach teachers how to recognize this stuff and teach media literacy, so it’s a hot topic.

Mia is thankful to work for a company that supports news literacy.